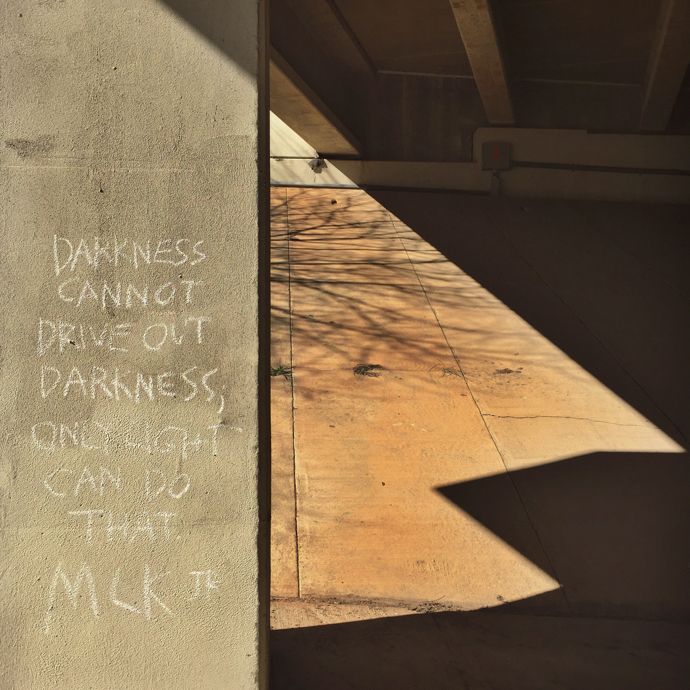 they're still there, these words. scribbled in chalk in the middle of a january night on the concrete support beams of a bleak suburban underpass. ten months later, who knew they'd still be there? that they wouldn't have been scrubbed off or painted over? or that sidewalk chalk could even last this long?

there's a lot of hate in this country right now, we are swimming in darkness here. not that it's anything new-- this hate is decades, centuries old. but we reached sickening new heights with it tuesday night when half of america chose to elect who they did. which means we've got a world of work to do, folks. and it's gonna take a crap load of light.

a little more sidewalk chalk couldn't hurt either.
at 11:41 PM