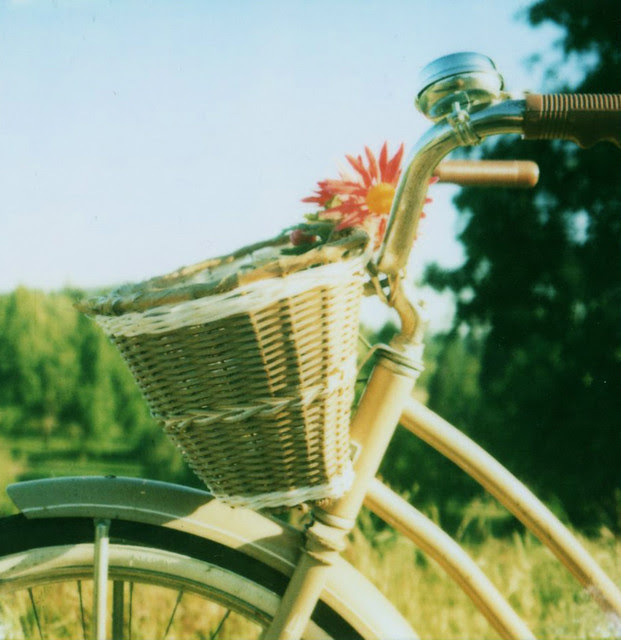 when things get to be too much, I ride. I get on my bike and I ride and ride. when my head is a mess and the house is a mess and the kids are a mess and supper is not magically appearing as I was hoping maybe it would, I head for the garage. this is where my favorite bike waits. if I can, I ride during magic hour when the long legs of daylight stretch out before me and the tops of the houses glow. I pedal as fast as I can. I pedal, coast and repeat, pedal, coast and repeat. the bike rattles and creaks like an old carnival ride which makes me love her about a hundred times more than I already do.

I ride past manicured yards and the unruly ones, past papery poppies and complicated irises, past my favorite turquoise house and the convenience store on the corner. I collect the scents of the neighborhood as I go. grilled beef from the vietnamese restaurant down the street, laundry drying in a basement, grass wet from sprinklers, hints of honeysuckle. discarded items sit in jumbles at the end of driveways in anticipation of trash day. a broken shovel, a tangle of white tubing, a seatless tricycle, a metal shoe rack that has obviously been replaced by a shinier, more promising shoe rack. they are headed for the dump but remain oddly hopeful. past trash and recycling bins I ride, past a little league game in full swish and the school playground, onto familiar and unfamiliar streets. I am always changing my route. I never take the same way twice.

it's been exactly one year since I bought this bike. and it's best eighty dollars I've ever spent. because when I ride, things fall away. when I ride, it feels a little like flying. and when I get home, dinner still needs to be made, messes still need to be cleaned up, deadlines still wait but I am a thousand pounds lighter and my mind is quiet. definitely worth the eighty dollars. plus all the rest of the money in the world and then some.


p.s. all this riding has me dreaming of bicycle accessories. checkit, it's my magic three.
at 12:53 AM 35 comments 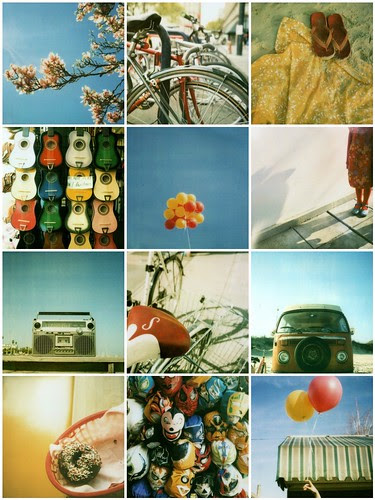 enormous update in le shoppe, peeps. loads of brand new prints, most of them polaroids. took forever to do all the test prints but finally, they are listed. and there will be more listings in the coming weeks. more more more, I say.

p.s. a little something extra will go out with all orders placed before june 1st. and that's all I'm going to say.
at 12:39 PM 12 comments 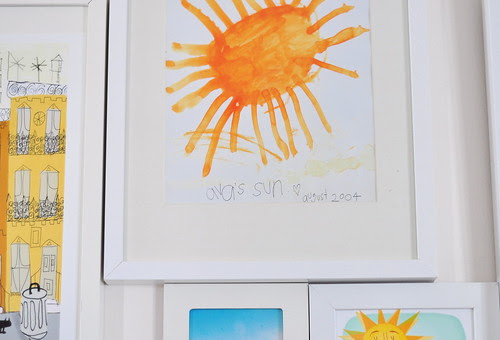 I'm all about sunshine today over at poppytalk. I am covering my walls with sunshine and I am not looking back.
at 12:47 PM 14 comments 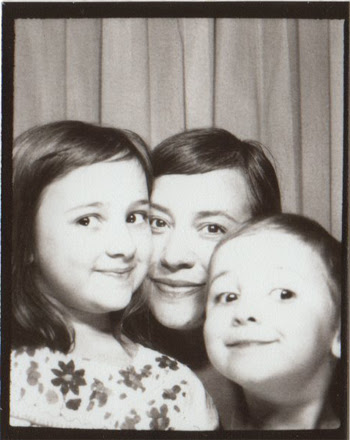 I ask for two things on mother's day: photobooths and cupcakes. more specifically, a quick trip to the photobooth at the ace followed by a stop at saint cupcake. these days, I have to bribe ezra to get him into the booth anyway so the entire afternoon works out rather nicely for all involved parties. I get a photobooth strip, he gets a cupcake. actually, we all get cupcakes. very win-win. 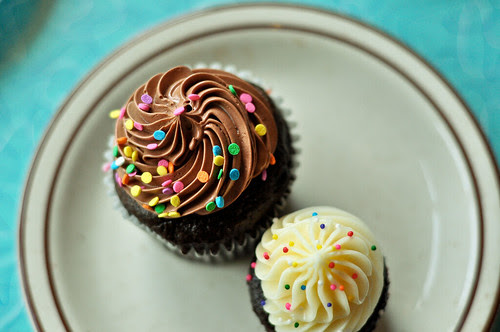 so we get to the lobby of the ace and I dig through the apocalypse that is my purse to find the three wadded-up dollar bills I have been holding onto for like, days. we squeeze into the booth, adjust the chair, spin it around a dozen times or so and settle in. then we look for the slot but it isn't there. instead, there's this: 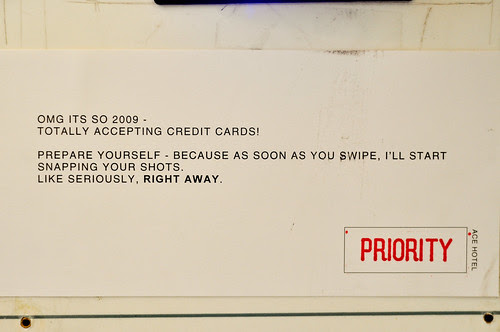 I know. it's not a big deal. credit cards only now, big whoop. but it leaves me feeling deflated. the inside of an old photobooth is one place I don't want to swipe my debit card. I just don't. I would also like to add that it's especially tricky to swipe said debit card while balancing two kids on your lap. you might as well kiss that first frame goodbye but whatever. as we leave, I tell ward that I am not so good with small changes like this. I am no good with change in general but I'm particularly resistant to anything that interrupts personal ritual or tradition. this is something he already knows but I say it anyway. it makes me feel better.

parenting is a neverending exercise in accepting change. just when you've learned to navigate the rocky terrain of one age, a new one emerges. daily routines are forged and followed meticuloulsy but often shift in mercurial ways. learn to roll with it or suffer the consequences. I am mostly learning to roll with it. last week, ezra wanted to know what he was like as a baby. he wanted more than the pictures we have scattered throughout the house, more than the stories we tell him so we dug up the box of tapes in the basement and watched old video footage. let me tell you, I was not prepared. I was not prepared at all. to see ezra just five months old, all bright-eyed and doughy, gurgling, cooing and reaching towards an impossibly tiny four year-old ava. whose voice, by the way, is but a heartbreakingly miniature version of the one we now know. all kinds of soft and just the right amount of sweet. I'd forgotten about that little voice.

then we stumble onto something I'd filmed just one day before ezra was born. ava is wearing an enormous faded pink tutu that's been clipped in place with an old wooden clothes pin and her ponytail is the sweetest mess. the sounds of yann tiersen on the accordion fill the room and she is dancing. wildly. she spins, she bows, she balances on one leg then the other, she collapses melodramatically into a heap on the floor only to rise again and again. she is oblivious to everything around her, she is completely lost in this dance. my heart breaks at the sight of it. for a hundred different reasons but mainly because what if I hadn't decided to pick up the video camera that day? because there is no going back. because this girl, she has changed so much since then and the changes, they just keep coming.

balancing ava and ezra on my lap in the photobooth last sunday afternoon, I realized just how much they'd grown. I could barely hold the two of them on my lap. I remember how each one used to fit so perfectly in the crook of my hip, how I wondered if I'd ever not be holding one or the other this way. will I ever not have a baby on my hip? the answer is yes and that time is now. this is another small change I grieve. I know, change is inevitable. there's no stopping it and it's all I can do to stay as loosely rooted in the moment as I am able and meet each change with as much acceptance as I can muster. it's all I can do, it's all I can do.

checkit, friends-- I'll be over at the seriously rad poppytalk once a week, running my mouth about all kinds of things, mainly good things, mainly things I love. yes, lists will be involved. yes, I am officially stoked.

today has everything to do with hello. hop on over and say hello, if you like. poke around a little (or a lot) but please do not blame me if you are still poking around seven hours from now. poppytalk is like that. chock full of the good and the lovely. come midnight, you might still be looking around and you will not know what happened.

p.s. it's true, jan was my first blog friend ever. watching poppytalk explode in this here place we call the internets has been nothing short of marvelous. to say I'm honored to be an official contributor is the understatement of the year.
at 8:17 PM 16 comments 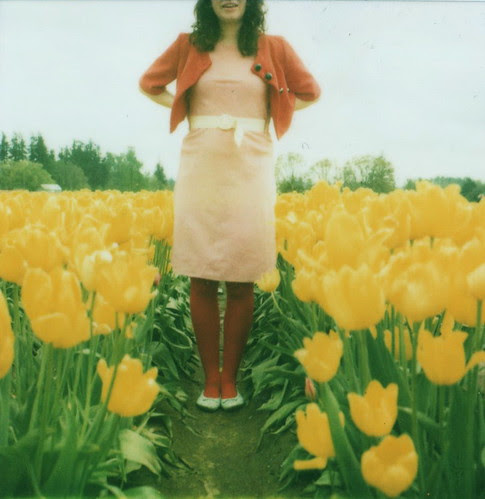 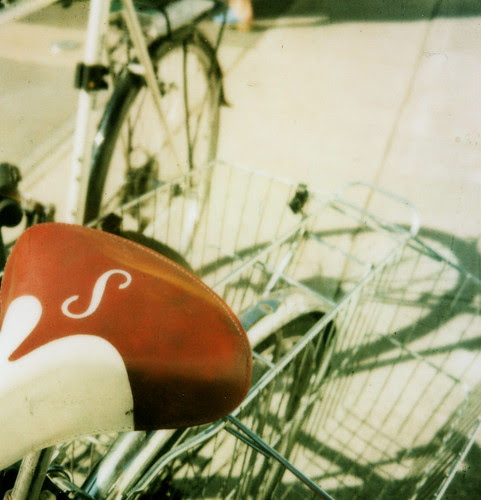 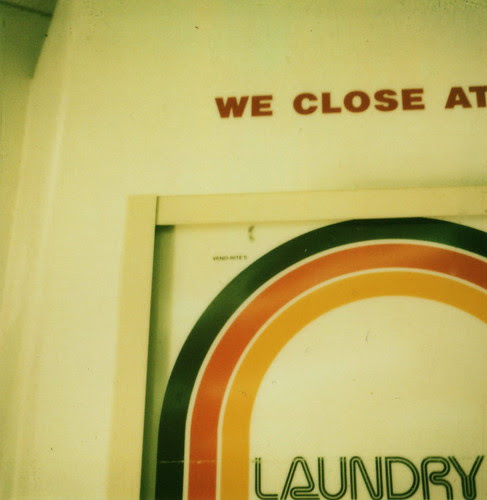 for coming to the polaroid party. if I could send you each home with a goody bag, I would.
at 1:03 AM 18 comments

parties are better when flowers are involved 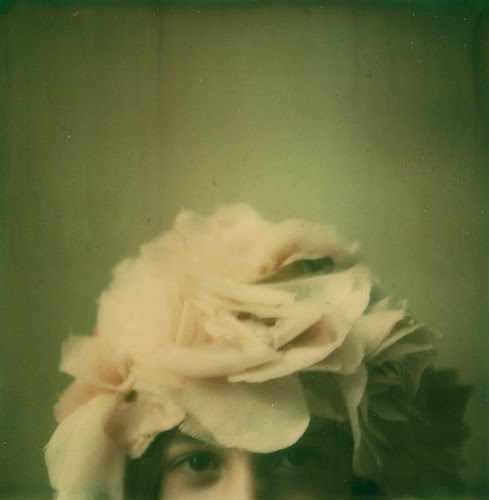 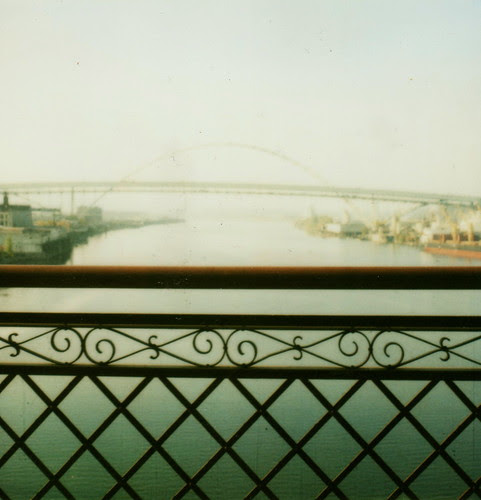 day three of polaroid week and the party is in full swish.
at 6:49 AM 9 comments

Labels: assignments, portland, that ava, week of the 'roid, with the polaroid SX-70

blue skies are for losers 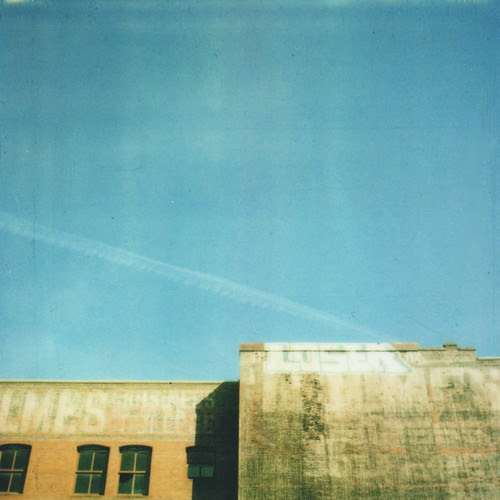 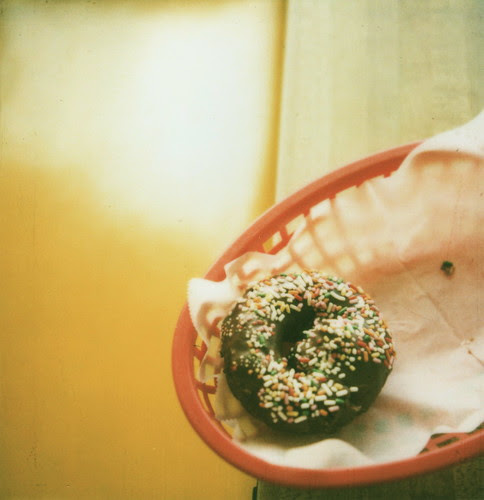 and everyone else in the world. blue skies are for everyone.


p.s. the donut is for you. feel free to lick the screen. just don't get caught. and don't hurt yourself.

welcome to the party 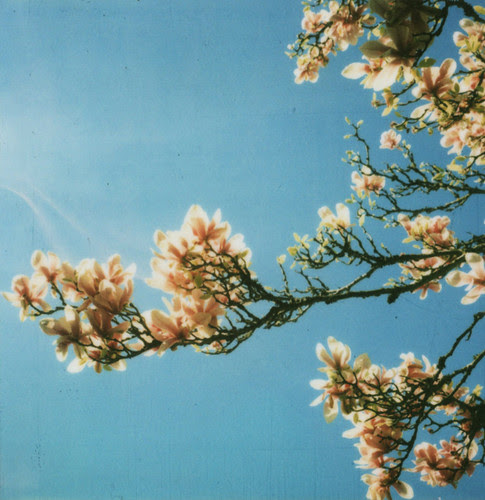 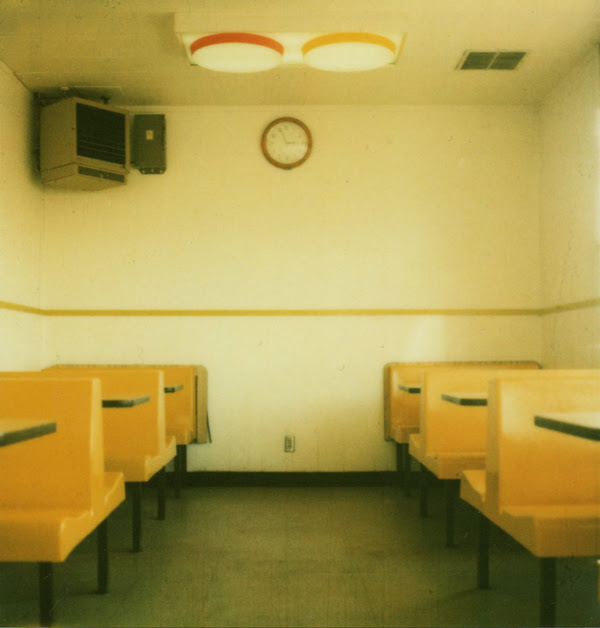 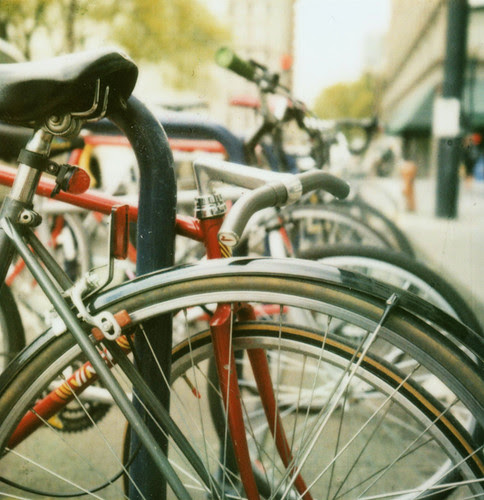 it's the week of the polaroid and I'm having a party. you are cordially invited. sorry, there will not be cake. but there will be eye candy. lots of polaroid eye candy.
at 11:00 PM 10 comments