better than cake, even. making me thirteen different kinds of happy:

1. an audience as art movement
2. a twin lens reflex camera for instant film
3. an enthusiastic ira glass waxing poetic about a brilliant modern dance company
4. and said brilliant company at the joyce this weekend (which I would so go see if it were at all humanly possible)
5. also, the most perfect episode of this american life, ever
6. how about the promise of a new michel gondry film
7. and california through xanthe's eyes
8. plus imaginary doors (and the people who pass by them)
9. also, a retrospective to get really excited about
10. and gorgeous work by some good friends of mine (I could watch this for hours)
11. plus, the teaching of my kids' instant photography class
12. and the taking of a new modern dance class
13. not to mention, a really really really (really) exciting email
at 4:14 AM 12 comments

sunday, january the twenty-seventh: ezra (new haircut and all), on the road, lunch with an old friend, sunday evening traffic.

I'm four sundays in with this, friends. and oh hey, my lovely friend jen asked if she could play along and so who was I to deny her? and then we asked amy because, well, amy is awesome.

daffodils are how I get through january. also? I'm going to meet myself coming and going if I don't stay on top of this sundays thing.
at 8:28 PM 9 comments

I love people the most


I've been thinking about portraits a lot lately. am working on a book (number 64, you know, from the list). I've been thinking and looking. compiling. then thinking, looking, thinking some more. I'd like to make more portraits. I don't ever want to stop, really. if I could, I'd go back in time and take a polaroid portrait of my mom. but I can't. I can't think about that anymore, I just can't so instead I'll concentrate on the photographs I do have of her. and so maybe that's another book I'll have to make.

in other news (in perhaps the most belated news), the top photograph was featured over at the impossible project as the 'roid week gallery winner way back in august. but august was rough and so (thrilled as I was) it was a special honor that sort of went quietly unnoticed. I think I can celebrate it now. I think maybe I'm at a point where I can finally celebrate. just a little. 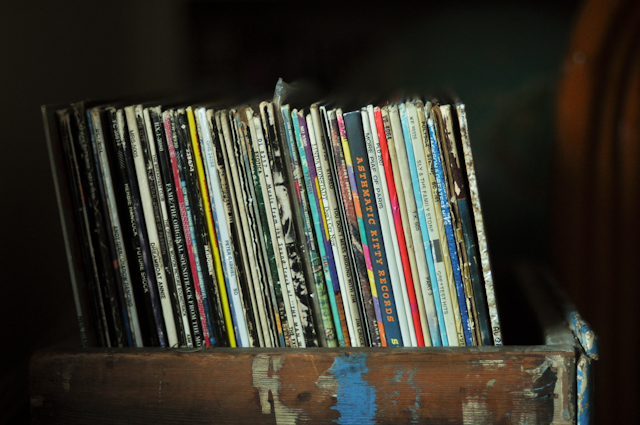 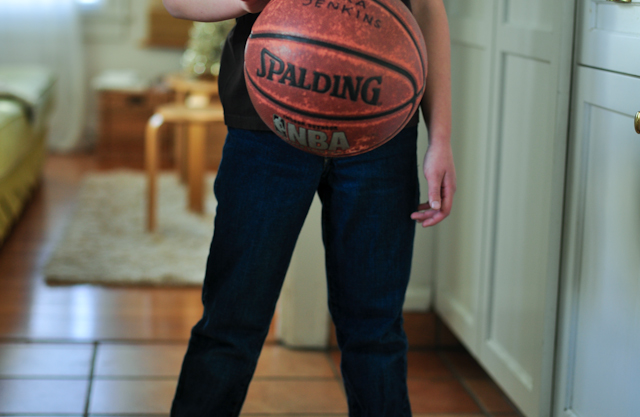 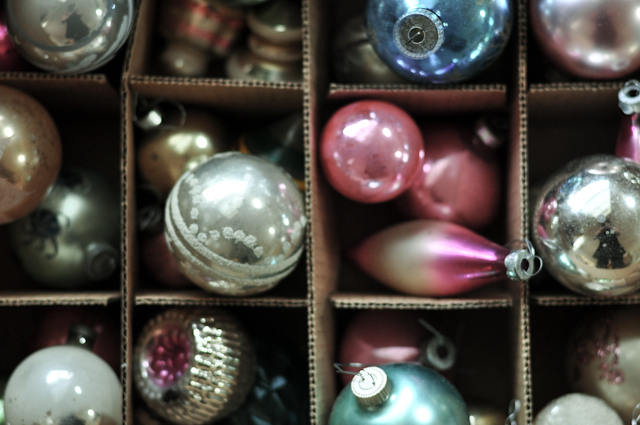 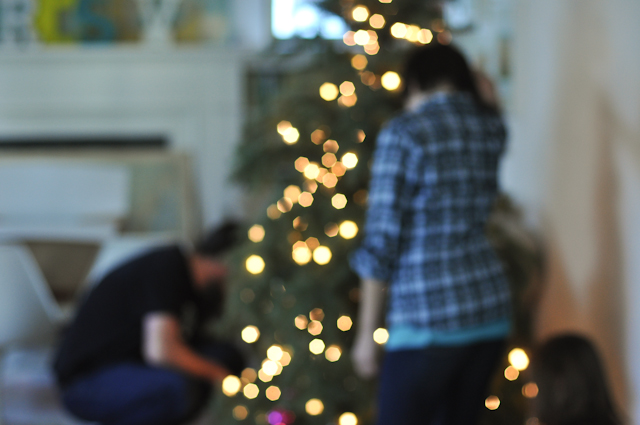 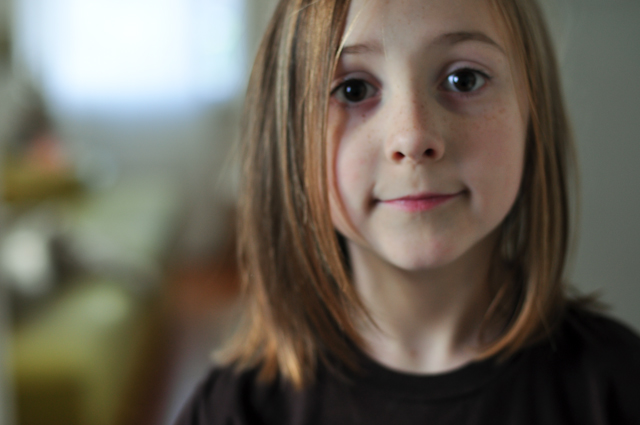 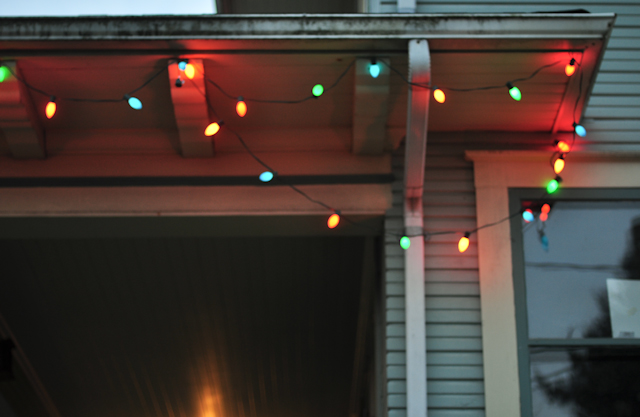 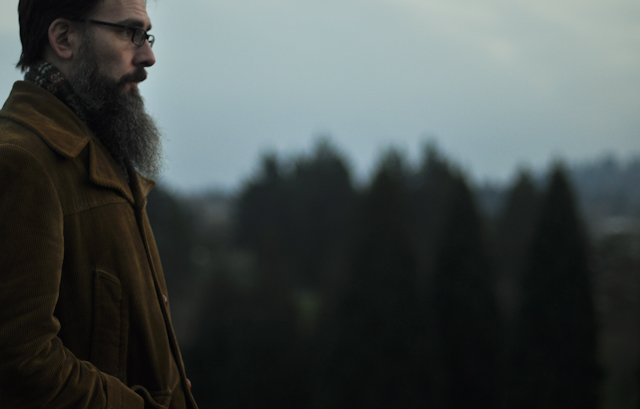 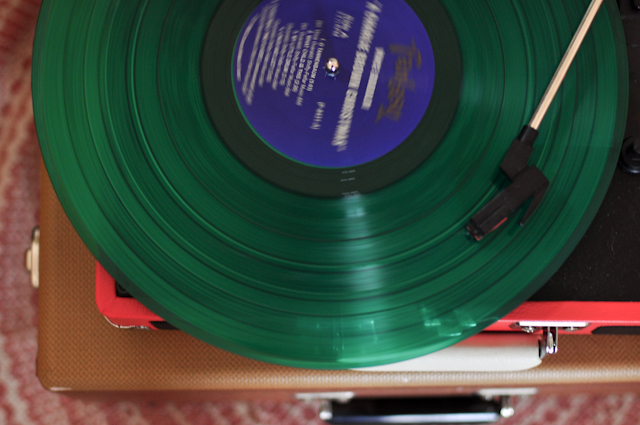 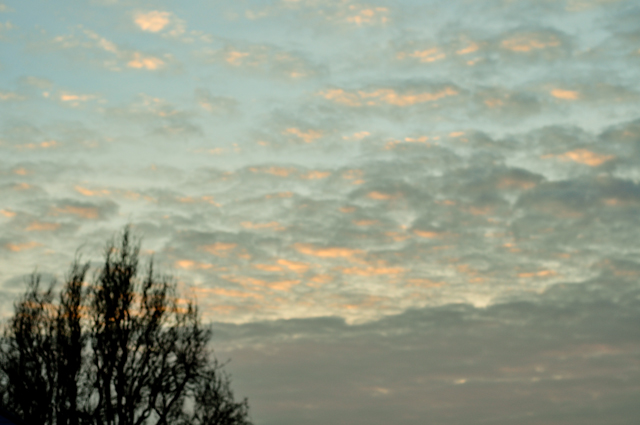 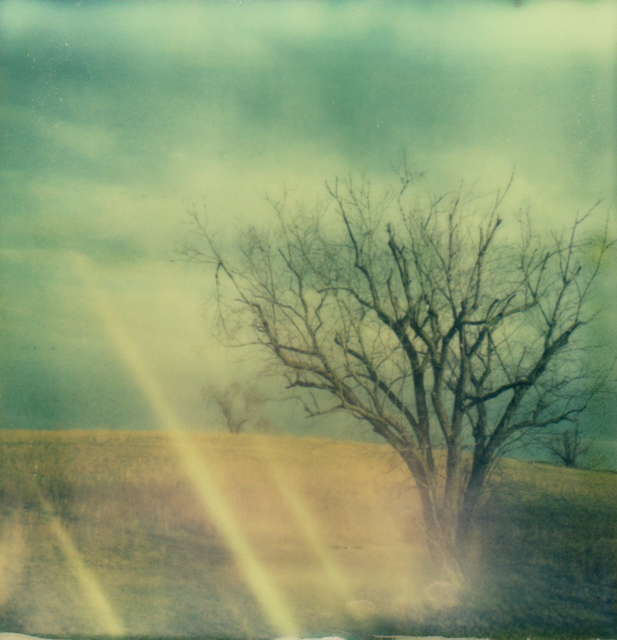 I'm sort of a sucker for auspicious days such as these.

Labels: assignments, the impossible project, with the polaroid SX-70 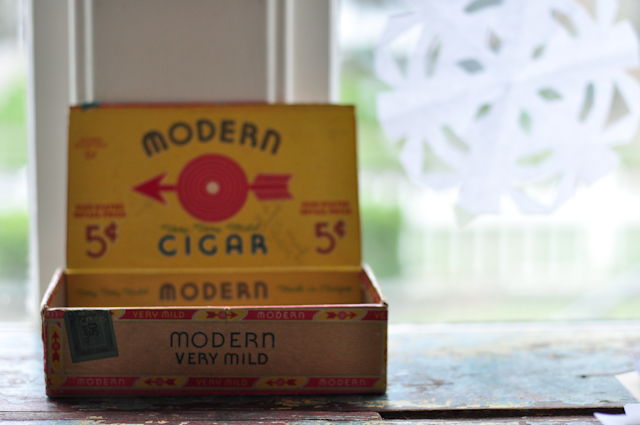 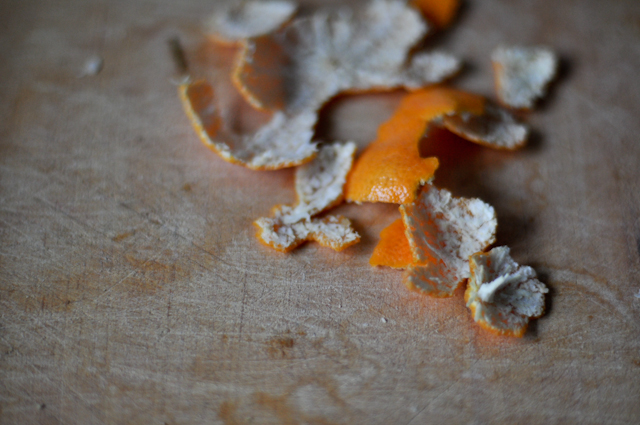 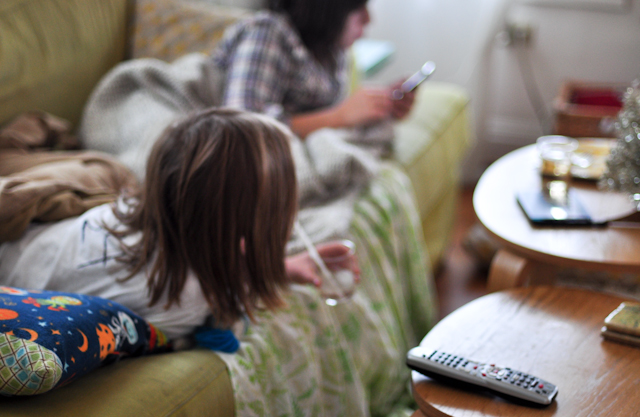 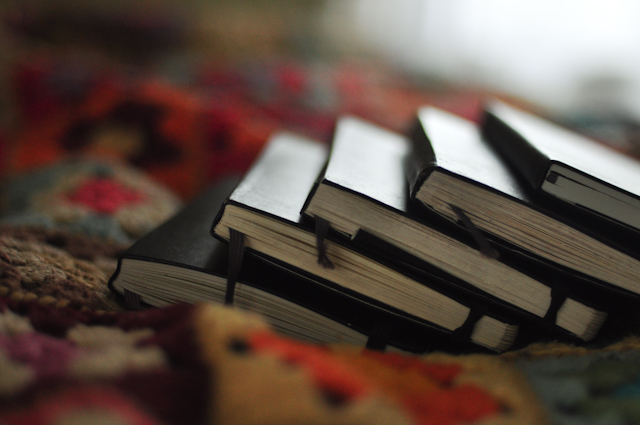 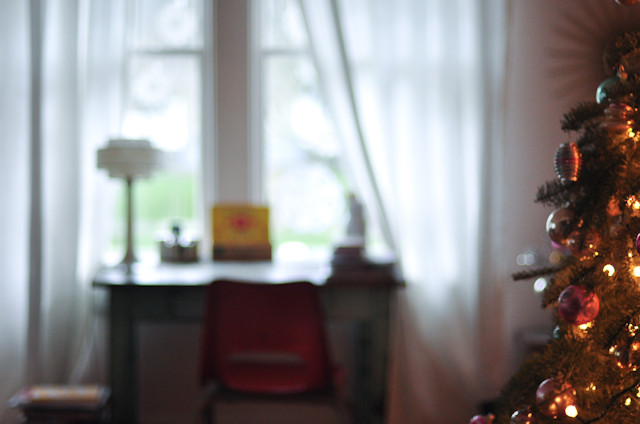 sunday, january the sixth: a place for the favorite christmas present. clementine peels. the big green couch (plus an endless string of cartoons). the reading of old journals. a clean desk, coupled with a refusal to take the christmas tree down.

every sunday in 2013. I hope. I mean, I'm going to try. to shoot each sunday. I'll tell you, I'm practically crackling with new projects. others are winding down while new ones continue to bubble up to the surface. how about you?
at 11:31 PM 10 comments 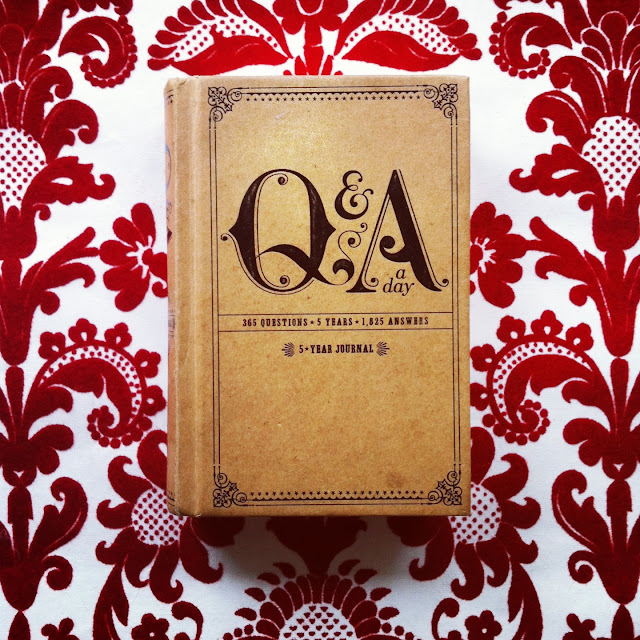 one question. one question a day. I could do that, I said. and I have now for the last two years. unbelievably, I have followed through. am seven days into year three. I do not always like the questions it asks. but that's probably a good thing, a really really good thing.

and then ava was curious so I gave her one for her birthday. she's even more committed to it than I am. can you imagine? how her book will read in five years? the difference in answers between ages twelve and seventeen? that's a book I'd like to read. she probably won't let me (and I won't even ask, really) but that would be a book to read.

Labels: creative process, everyday, projects, that ava, things that are good, with the iphone 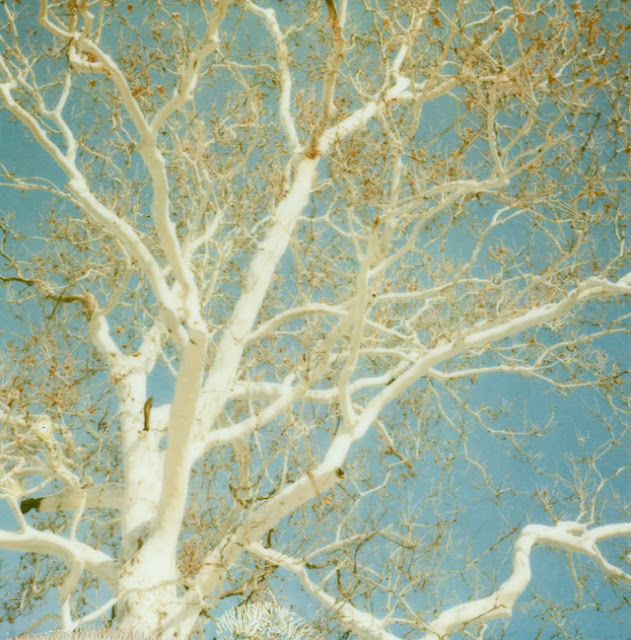 december was rough. december fought me at every single turn. certainly the grief was there (will always be there, of that I am sure) but there were other things. the beginning of the sorting of my mother's things. explosive arguments. sleeplessness. endless, endless travel. head colds, head lice. wicked exhaustion. endless going. endless, endless going. I'll tell you, I've never been so happy to see a month (december, my happy month, my birthday month) come to an end.

so we were on the train on new years eve, on our way back home to portland. as midnight approached, we found ourselves somewhere in the middle of the great state of montana, nothing but miles and miles of pitch black save for the glow of the occasional tiny home, the occasional cluster of small town neon. everyone else on the train seemed to be asleep and at 11:59, we were left to count down the seconds on our own, to whisper numbers to each other in the dark. and then, midnight. midnight hit and there it was. relief. in a second, I was flooded with a relief so sweet I could practically taste it. because finally, 2012 had come to an end and the worst year of my life was over.

friends, I am not so naive to think that 2013 holds any sort of magic. I know it won't bring my mom back or undo any of the pain. but it's a new year, a fresh start. and right now, that's enough for me. right now, that's all I really need.

p.s. I would be remiss if I did not mention the above polaroid, which was shot back in december of 2010, at the park near my parents' home in illinois-- it was the last real christmas I spent with my mom, the best christmas, the absolute best christmas of my life.
at 3:12 PM 23 comments