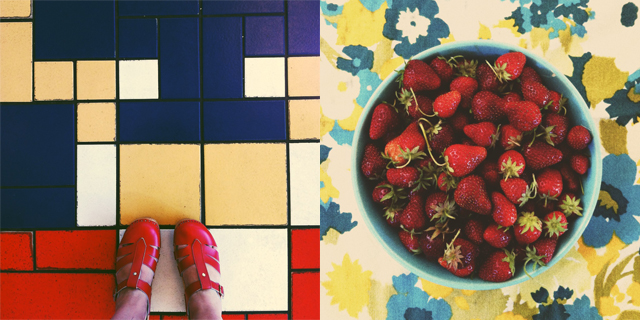 the newest of summer clogs and fresh strawberries from our garden. FROM OUR GARDEN. and I yell this because I'm amazed. amazed when anything grows, when things go from seed or tiny plant to full on crazy fantastic abundance. I am always in awe. I went out saturday morning for a handful and just kept finding them, kept picking and picking. and then I brought them inside and they made the whole house smell like summer. then we ate them, of course but not before I sat and stared at them for a while, let them fill the house with that spectacular sun-drenched strawberry smell.

Labels: color, everyday, HEY IT'S SUMMER, things that are good, with the iphone 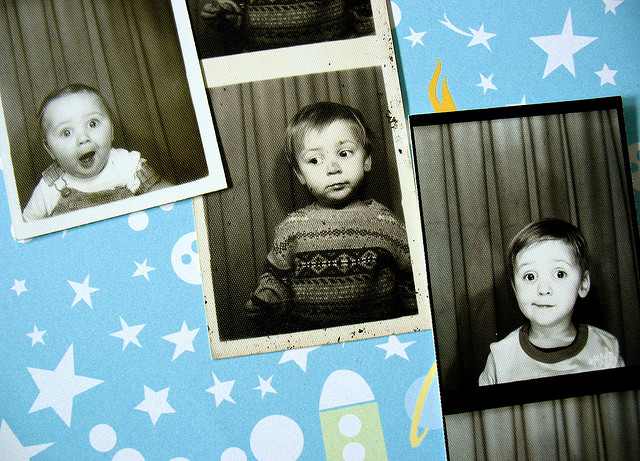 years one, two and three. 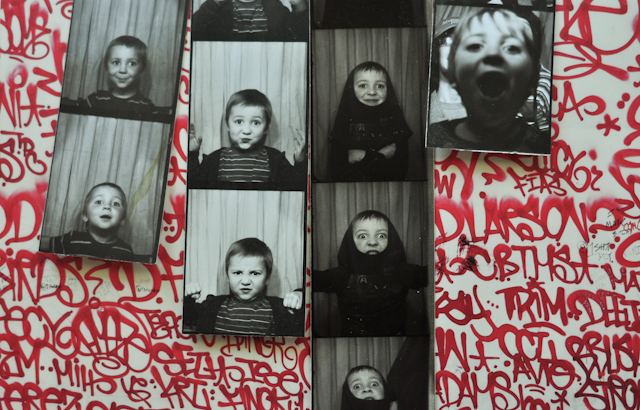 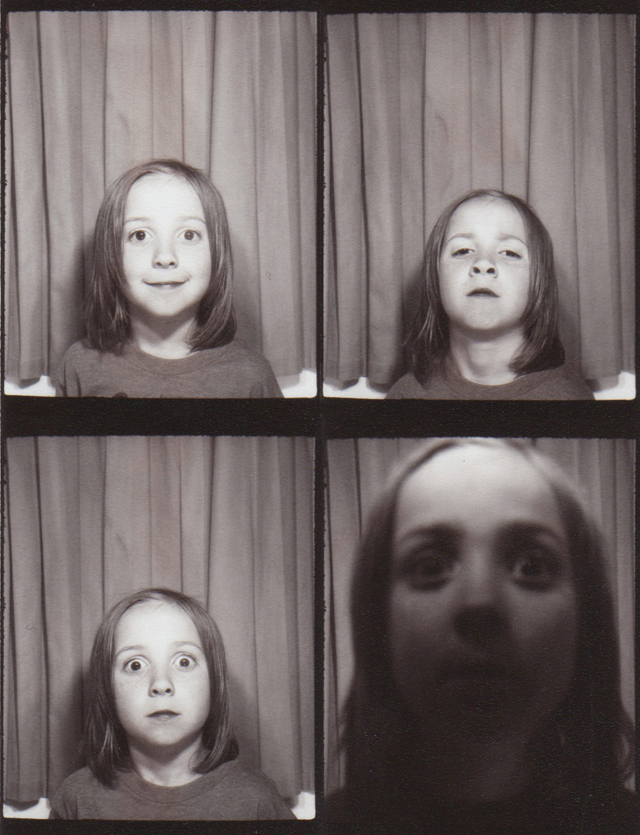 see? see how long his hair is now? he claims to have a hair hero of sorts at school. a hair mentor, if you will. a boy in sixth grade with sandy brown (stick straight) hair past his shoulders. we think this is hilarious but of course, we never laugh. we speak of the hair mentor with great respect.

year nine, year nine. what will your photobooth strip look like?
at 7:08 PM 14 comments 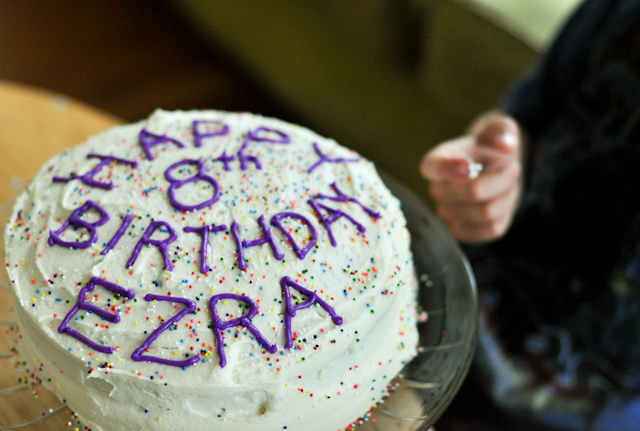 purple is his favorite color now. it used to be blue or green but it's purple now. and there are other things. he refuses to cut his hair. there are new freckles-- a generous splatter across the bridge of his nose and these new freckles, they kill me. he's a chess player, a bucket drummer, a lover of kickball. a dawdler, a writer, a voracious eater of avocados. he tests prospective pairs of tennis shoes by sprinting up and down the aisles of target. which ones make me run faster, mama? he will not stop until I've watched him. I mean, until I've really, really watched him. and I do watch but I always just pick the cute ones. all year long, we put off buying new tennis shoes and then the night before field day, there we were. it was decided that the silver and blue ones were the fastest (cutest) and he loved them so much he slept in them that night. I did not fight this. it was late and anyway, I get it. I love shoes that much sometimes too.

he's a tester of boundaries, an asker of questions, a singer of little songs. he's quick to laugh and it sounds like something to me, like something I can't name. like syrup that comes out too fast, like a pop of confetti. he will not step on cracks. this is because he genuinely does not want to break his mother's back. he's diligent about this, he will not listen to reason. this secretly pleases me. not the refusing to listen to reason part but the protective part. mostly, because I can relate. I am fiercely protective of family-- fiercely and sometimes irrationally. (there are stories but those are for another day, another time). his room is a disaster, a battle we will surely fight until the end of our days. we are swimming in legos but I can think of worse things. he's a cloud lover, a nest spotter, a fine assistant in the kitchen. we cracked eggs until he got it right and dang it if his face didn't light up like a christmas tree. cooking together will be our thing, I think.

yesterday, we celebrated eight. with breakfast in bed, star-shaped sandwiches in his lunchbox and donuts (with sprinkles) for classmates. with a trip to the park to play catch, a trip to the photobooth for a solo strip, black bean burritos for dinner and chocolate birthday cake for dessert. presents were ripped into, legos were assembled. the passing of seven was properly mourned and eight was ushered in with great enthusiasm. I do not take a second of this life with him for granted.
at 12:38 PM 22 comments

Labels: birthdays are important, everyday, mamahood, that ezra, things that are good, with the nikon 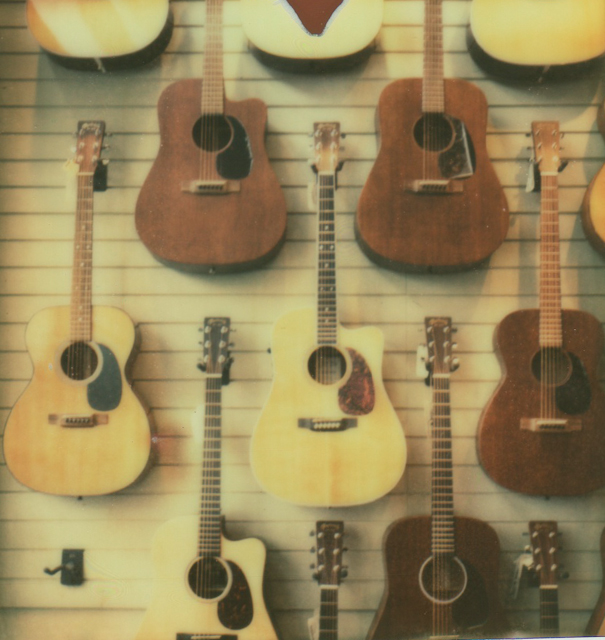 tasting::
first strawberries from our garden, avocado on everything, sugarcane lemonade

hearing::
ezra talking in his sleep, the creak and rattle of my old bike, the black keys on repeat, this (playing in my head, over and over)

smelling::
an explosion of roses on my front porch, fresh mint in my water

feeling::
the weight of an old camera in my hands, excited (and a little nervous) about an upcoming cross country train trip with the kids, excited (giddy, really) about the onset of summer

Labels: everyday, things that are good, with the polaroid SX-70 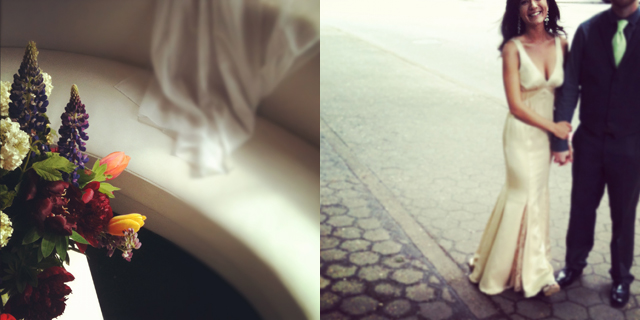 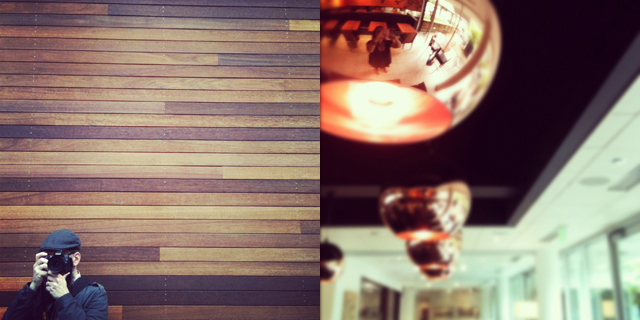 scenes from the wedding I shot a few weeks ago, from which I think I am still recovering. but I loved it, I did. this much I learned: weddings are to photographers as marathons are to runners. preparation is paramount, pacing is paramount and you really have to push yourself that last half hour. that said, I'd totally do it again. but not before I invest in a pair of miracle shoes. 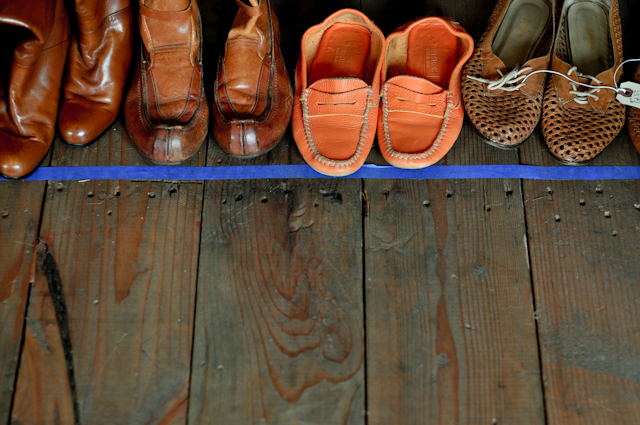 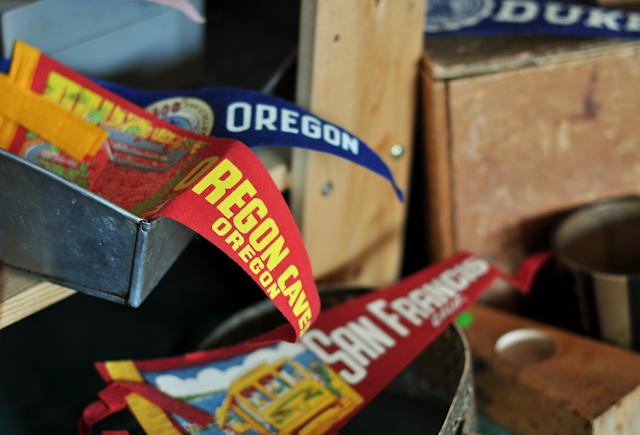 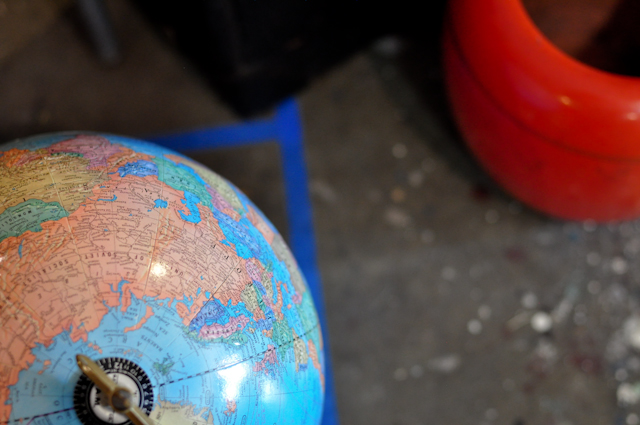 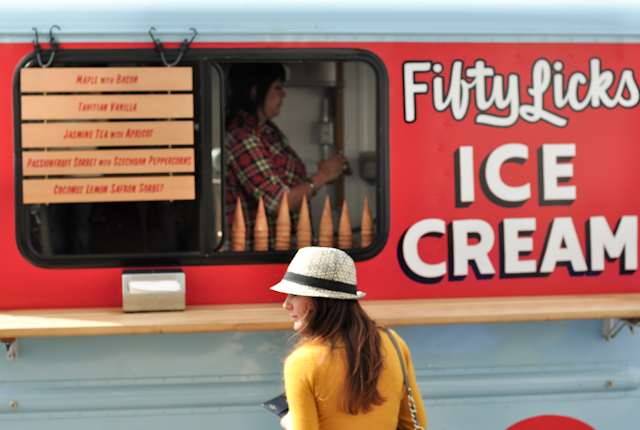 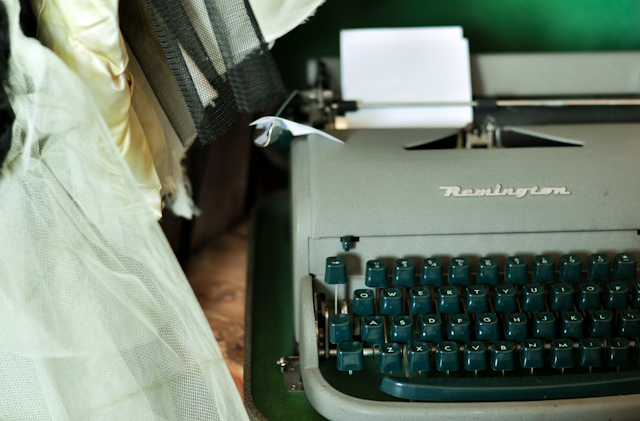 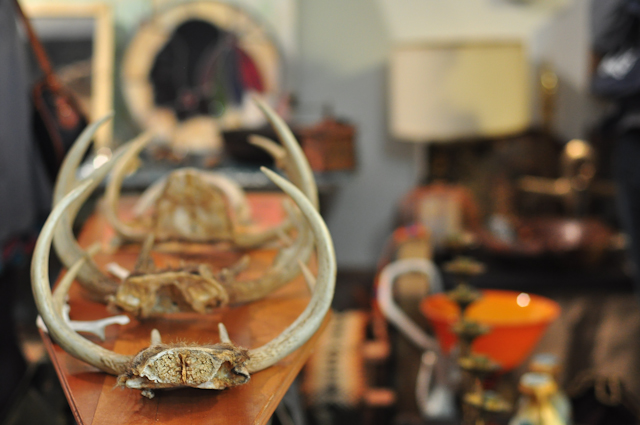 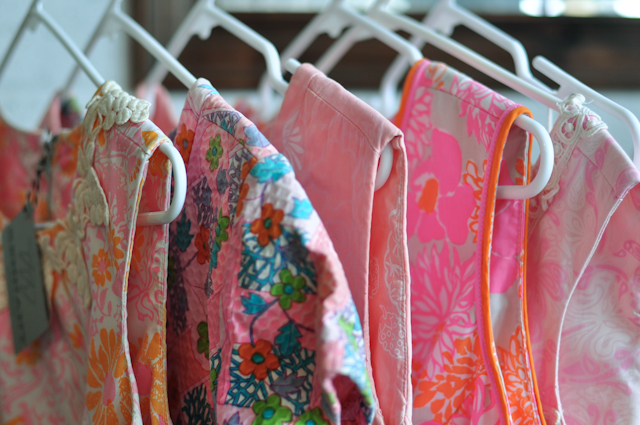 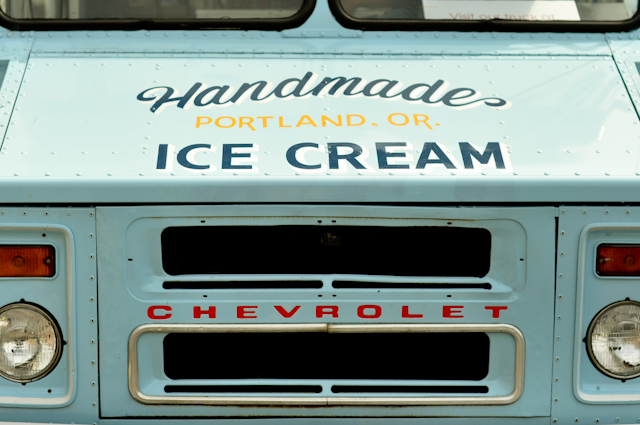 scenes from the portland flea, which was a couple of weeks ago (or more, I can't remember). truth: I am used to the giant, junky fleamarkets of the south and when I moved here to portland, I kept looking for something like that. a place where I could dig and get my hands dirty, a place I could really sink my junking teeth into. I'll tell you, I haven't exactly found it (not yet, anyway) but portland flea has been the next best thing. portland flea sort of scratched that itch for me and people, I am thankful.

(I've got a little more about the pdx flea over at poppytalk, hop on over if you like)
at 2:10 PM 17 comments