52 weeks of lists and you had to know this one was coming:

1. cilantro. I'm sorry, cilantro. I want to like you, I really do. but you are not on the good side of my gag reflex.

3. too much cologne. there are people out there drowning in cologne and I don't understand it. also, stores like abercrombie and fitch are pumping desperate amounts of cologne into the air. and it's so wrong I can't even talk about it.

5. magazines like maxim. because it's hard enough out there already.

8. laundry. nothing sucks the air out of my day like the endlessness of laundry.

9. public automatic water faucets. I am so on board with the whole water conservation thing but would very much like it if I didn't have to perform an elaborate hand jive every time I need a little water to wash my hands. I'm serious. it's out of control.

Labels: 52 lists, creative process, I am a girl who loves a list, projects 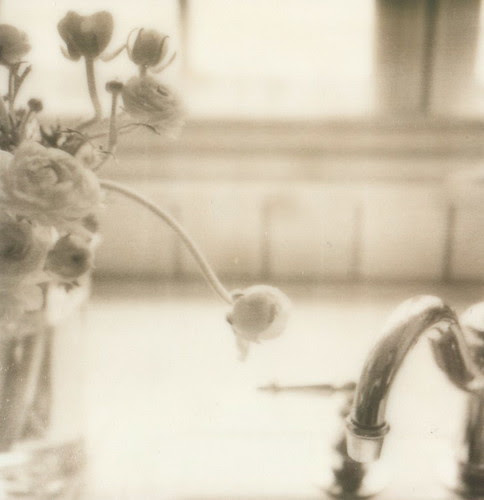 Labels: home, the impossible project, with the polaroid SX-70, yay 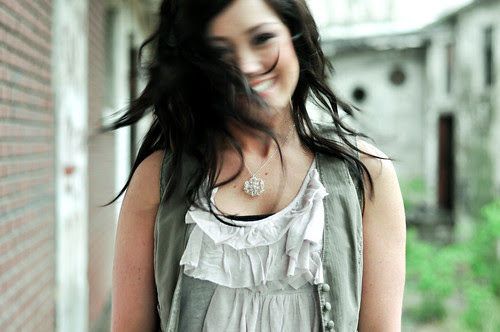 2. the ocean and all that it implies

3. things that are sugary and pretty and probably not good for you

7. things that float and hang

8. things that sparkle and spin

10. art found on the street

12. flowers that are real

18. feet that mostly belong to me

19. skies that go on forever

27. pretty much anything during the magic hour

Labels: 52 lists, creative process, I am a girl who loves a list, inspiration, projects, with the nikon

am currently smack dab in the middle of katherine center's new novel, get lucky. katherine, who writes books that beg for long, uninterrupted chunks of time in which nothing else matters but the turning of the page. katherine, who puts words and images together in a way that really means something. katherine, who I am lucky enough to call my friend.

what I'm trying to say is that I can't put her book down. and I really love when that happens.

(the above video= words from get lucky plus my photographs. so totally honored. more about it here.)
at 3:10 PM 9 comments 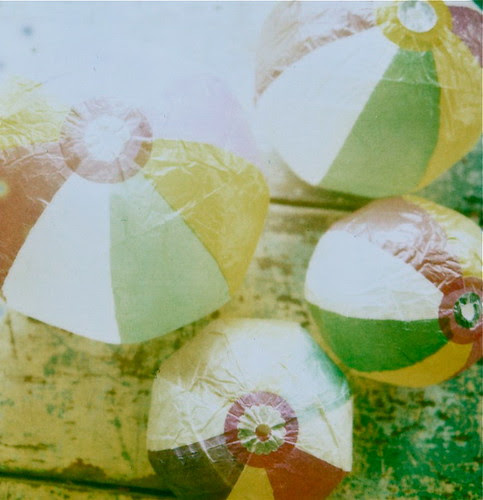 8. a pound cake that involves nutella

9. a collaboration that involves an 8 year-old and the art world

10. a new film about an artist I love

11. the building and imagining of so many bikes

12. the last of the orange jellybeans

13. the spring issue of UPPERCASE

15. the having of helvetica stencils

16. the stories and colors in ruth's paintings

18. decals that are swoon-worthy

20. the two unopened boxes of PX100 film sitting on my desk

21. the lilacs popping near the front porch

Labels: 52 lists, color, creative process, I am a girl who loves a list, inspiration, projects, things that are good, with the polaroid SX-70 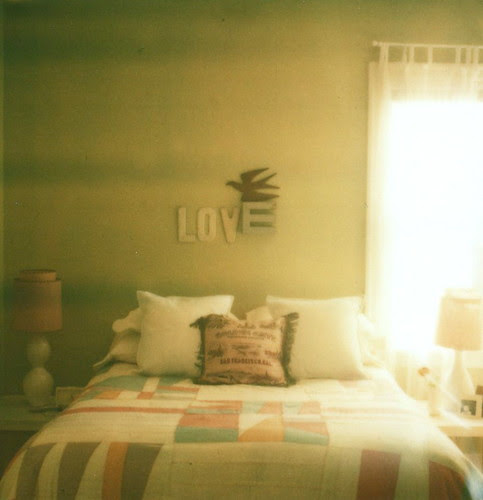 number 29 off the list and why don't I rearrange the furniture more often? a push of the side tables here, a slide of the bed there and voila. brand new bedroom. if the room could could talk, I think it would thank me.
at 2:31 PM 8 comments

Labels: 39 things, creative process, home, projects, things that are good, v is for vintage, with the polaroid SX-70

list ten: books I could read over and over 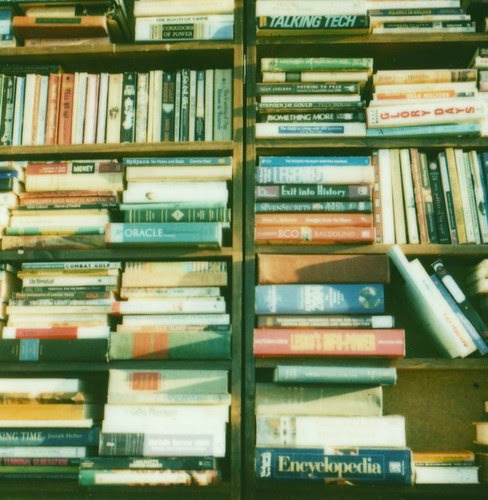 these are the ones I find myself picking up again and again. something like comfort food but better, so much better.

2. to kill a mockingbird by harper lee

3. the principles of uncertainty by maira kalman

4. me talk pretty one day by david sedaris

5. writing down the bones by natalie goldberg

6. song of solomon by toni morrison

7. a tree grows in brooklyn by betty smith

Labels: 52 lists, creative process, good words, I am a girl who loves a list, inspiration, projects, with the polaroid SX-70 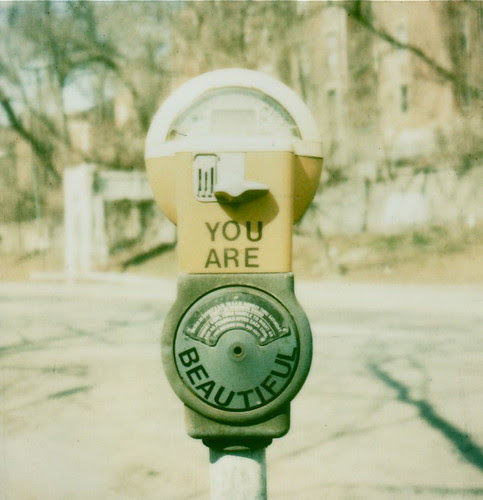 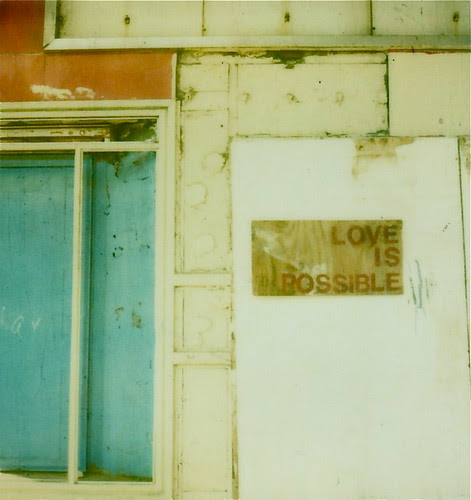 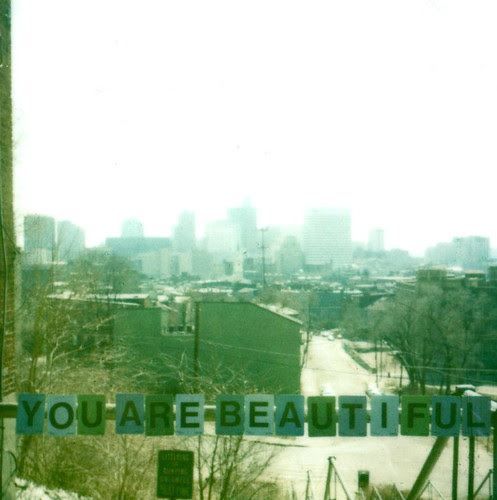 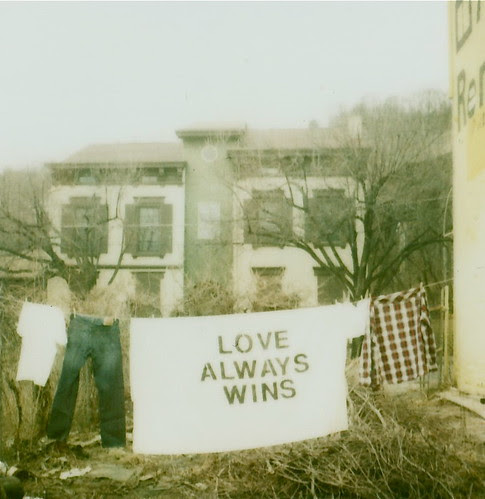 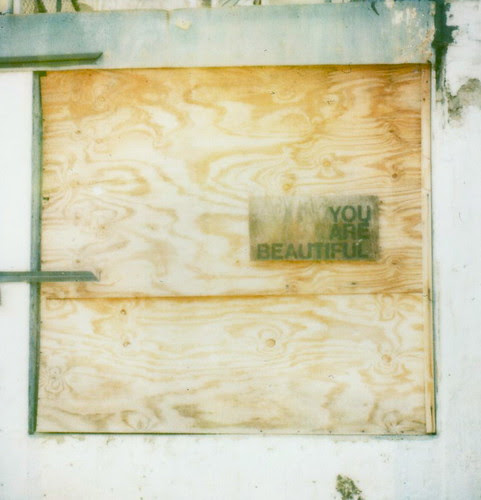 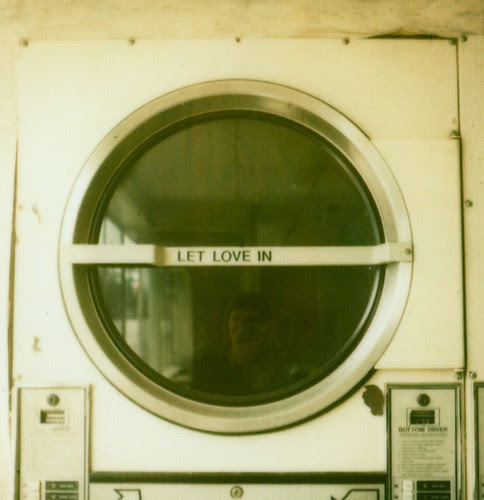 what happened in cincinnati (besides a little collaborating with my brother on a music video shoot for the band seabird) is that I had more fun with stencils, stickers, paint chips and spray paint than is perhaps humanly possible. the street artist inside me had a little coming out party, she surely did.
at 11:08 PM 52 comments 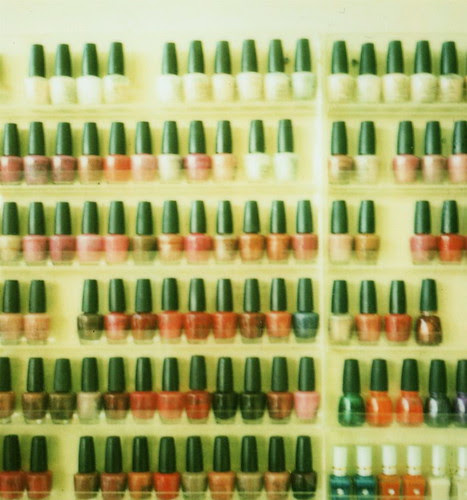 well, they all mean something to me. but some mean a little more than others. five years worth of writing and it was not easy to choose, not easy at all but here are a few. okay, more than a few.

10. better than everything in the sky

Labels: 52 lists, color, creative process, I am a girl who loves a list, projects, things that are good, with the polaroid SX-70
Newer Posts Older Posts Home
Subscribe to: Posts (Atom)