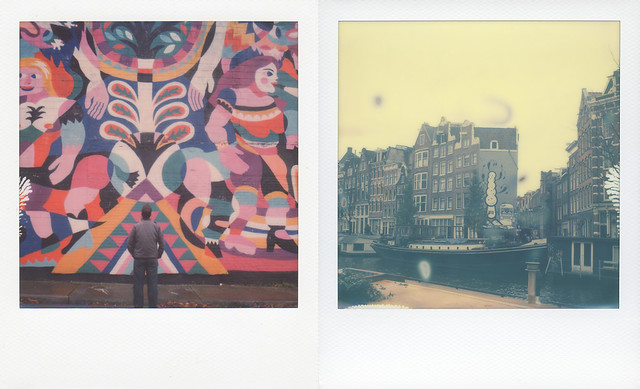 a favorite mural of mine by 3ttman in the summerhill neighborhood, courtesy of living walls, a non-profit organization that seeks to change perspectives about public space in communities via street art. thanks to living walls, there are murals everywhere here in the city of atlanta, everywhere. 'tis a thing of beauty.

a favorite street art piece of joyce's on a historical building at the prinsengracht. painted by the london brothers back in 2009, it's been the subject of much controversy, city council wanted it removed but failed. sorry, city council. apparently, the people of amsterdam want their public art just as much as the people of atlanta want theirs.

(more from my co-collaborator over in amsterdam, joyce, aka on a hazy morning//more about our twelve-week project here)
at 3:02 PM