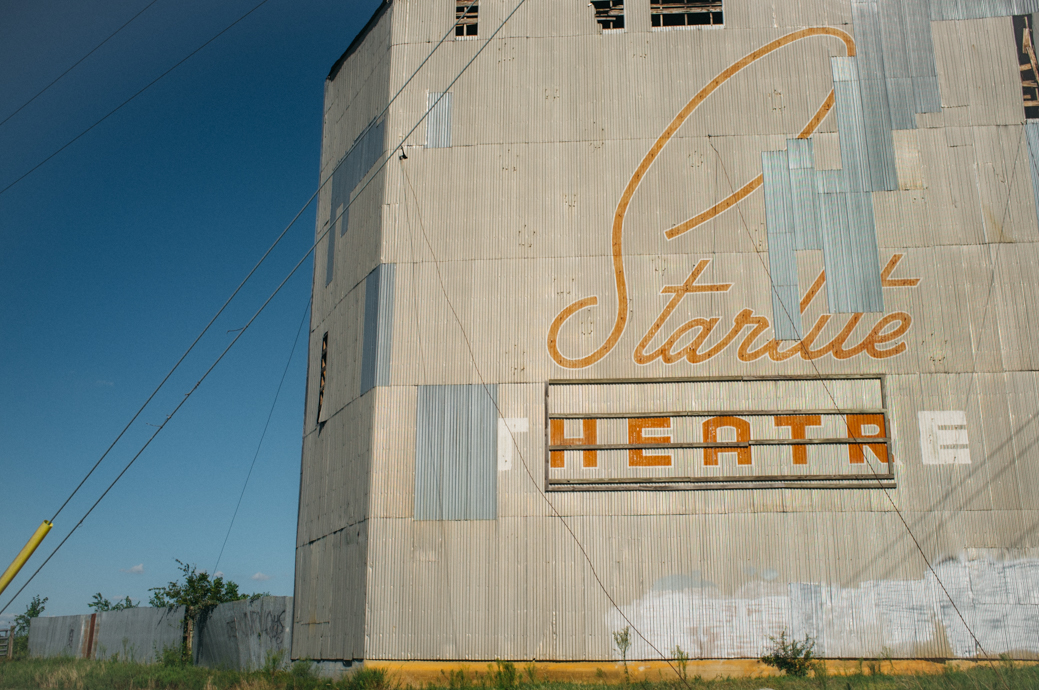 we passed an old drive-in movie theatre on our way to a fleamarket in texas. my cousin, who'd driven this way countless times, flew past it with nary a mention. I, on the other hand, thought my eyes might pop out of my head. so beautiful my heart beat a little faster at the sight of it, so perfect it did not seem real. all I had time to do in the moment was point and gasp.

on the way back, I asked if we could stop. we were in a bit of a hurry but my cousin indulged me, pulled the car into what was left of the entrance. as I got out to take a closer look she mentioned she'd stopped once before for a yard sale and had talked with the owners, actually, who lived in the little brick house right next to the drive-in. as it turned out, it had been in their family for decades. they'd tried to keep the starlight alive as long as they could, they really tried, but finally had to let it go.

so, there it sits. a golden beacon of nostalgia set along a mostly forgettable stretch of texas highway. an american poem. the beginning of a song, maybe, or the end of one.
at 11:57 PM

Labels: bitter south, once, with the fujiX100