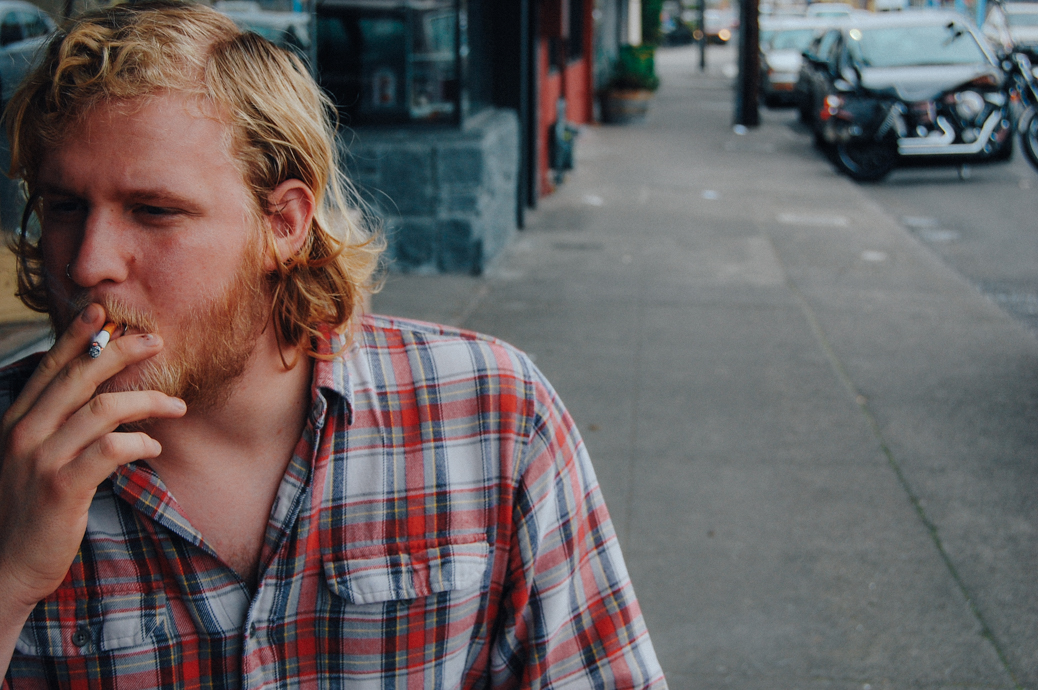 I made a portrait of a stranger outside a coffee shop in portland, oregon. I was nervous about it, hemmed and hawed over whether or not I should approach him. eventually, I got out of my own way. we exchanged pleasantries for a few minutes while I fumbled with my camera. I was awkward, I am sure of it, but I did the thing, thanked him and walked away.

seven years later, I received a message from this same stranger, who had somehow miraculously stumbled onto my work through a friend. he had since become a photographer himself and felt, in some small way, I had sparked the beginning of something in him that day.
at 11:24 PM

Labels: once, portland, with the nikon