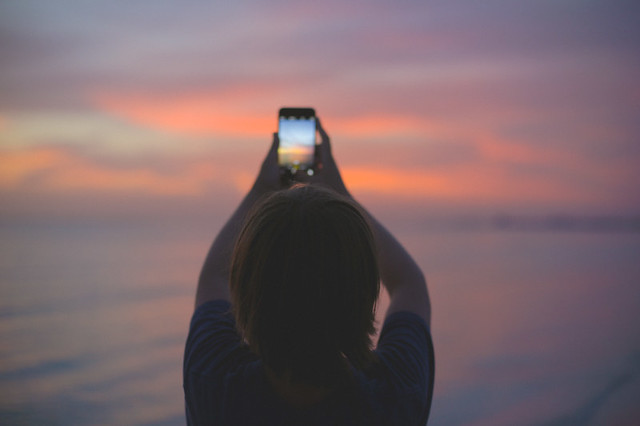 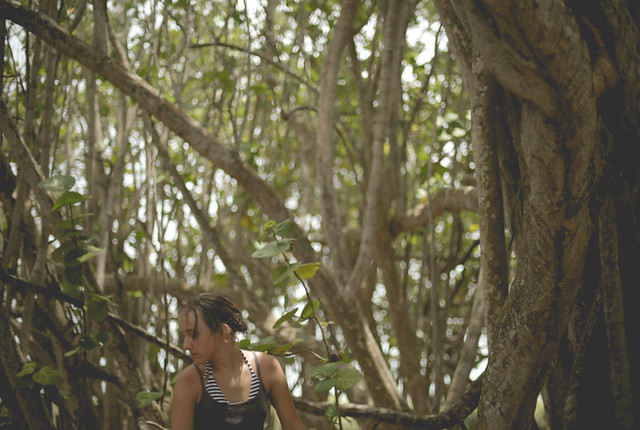 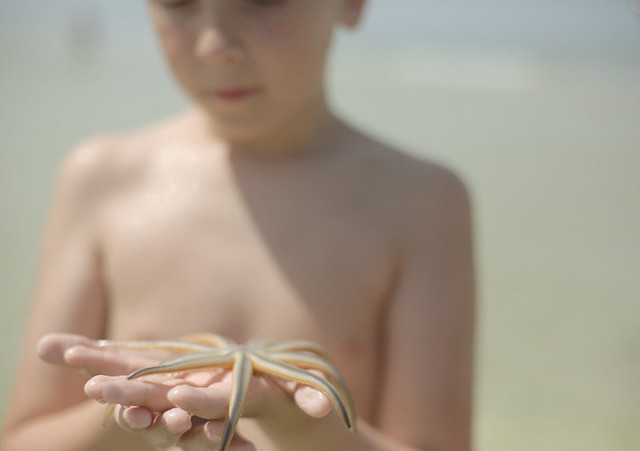 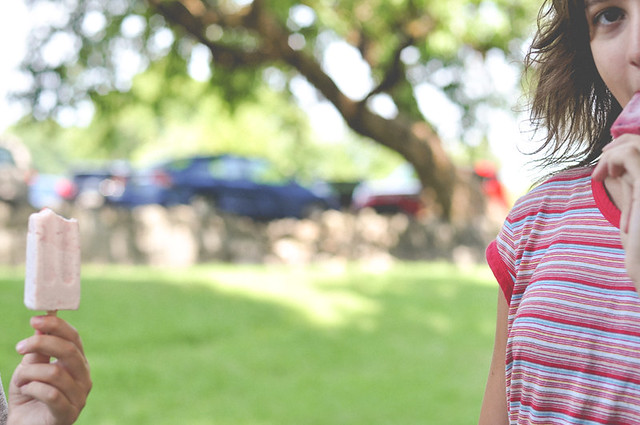 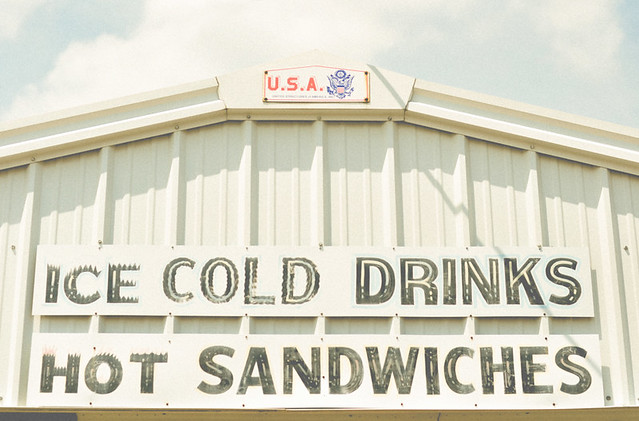 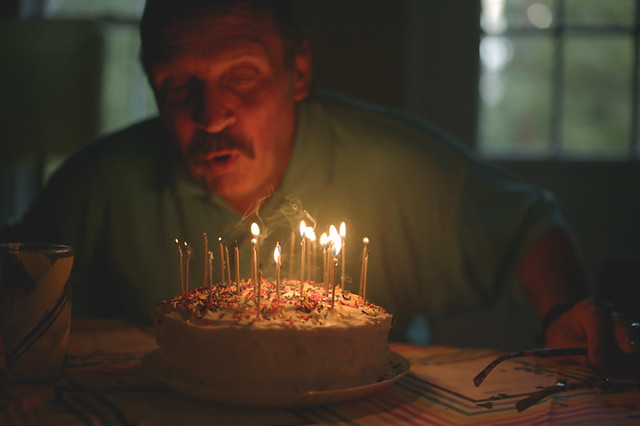 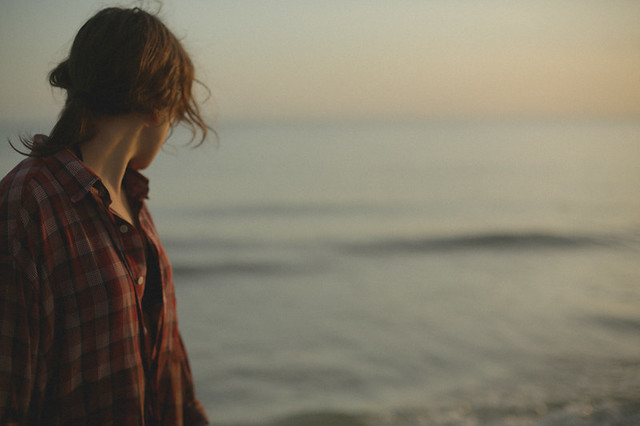 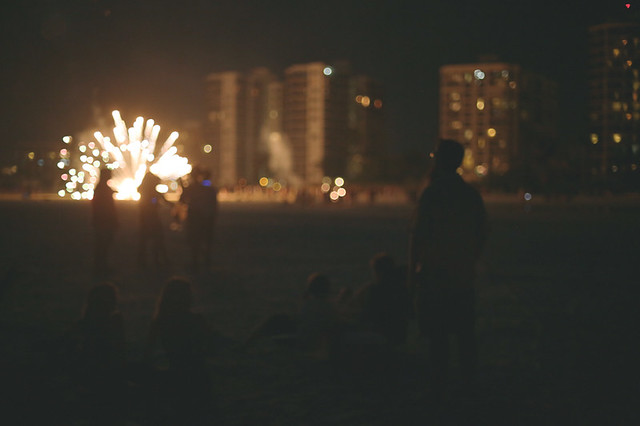 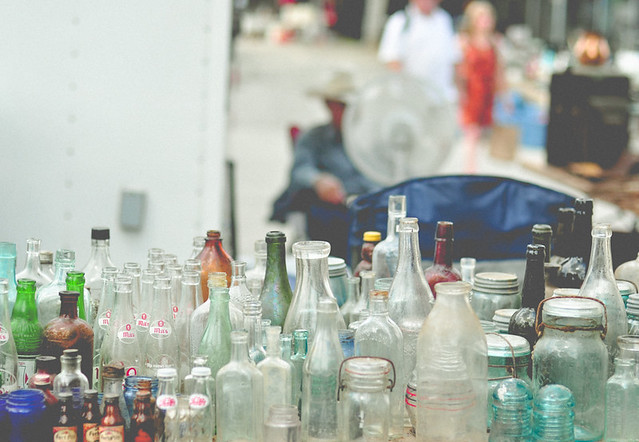 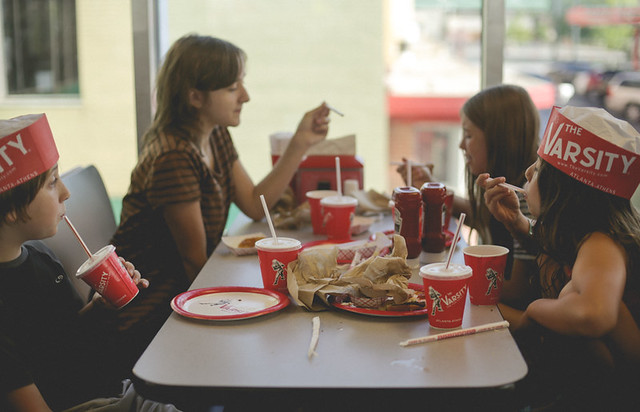 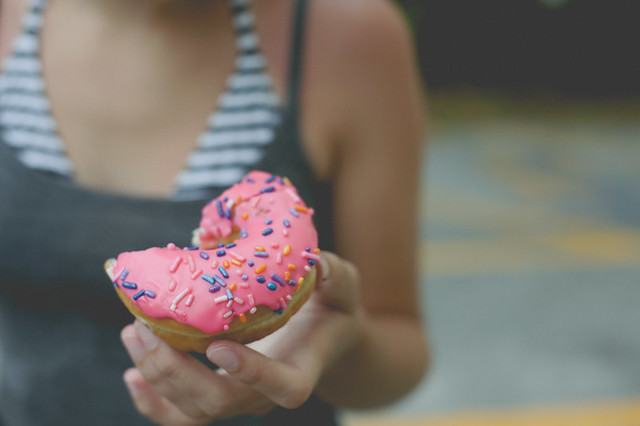 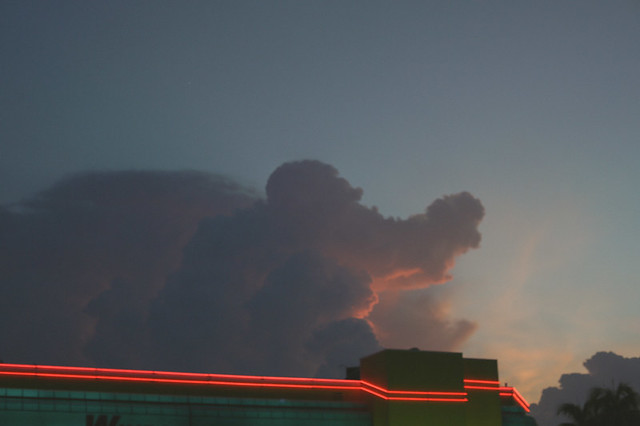 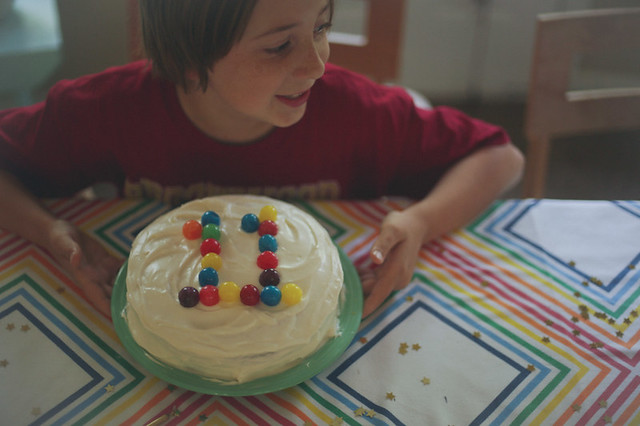 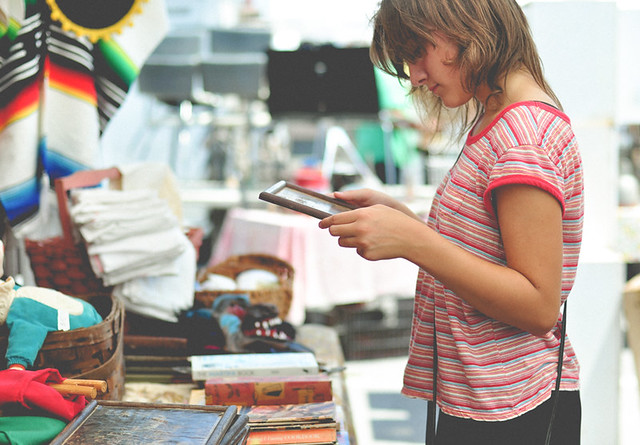 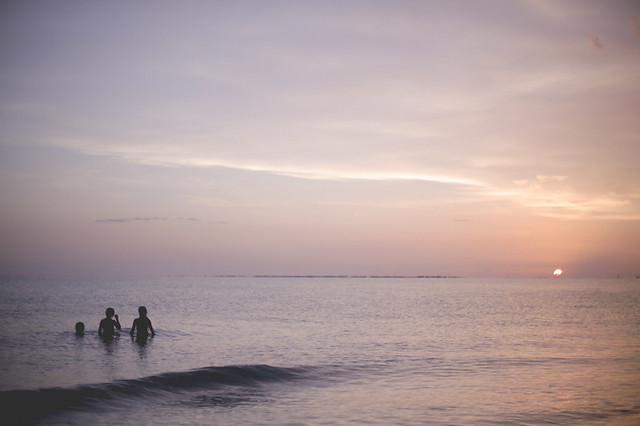 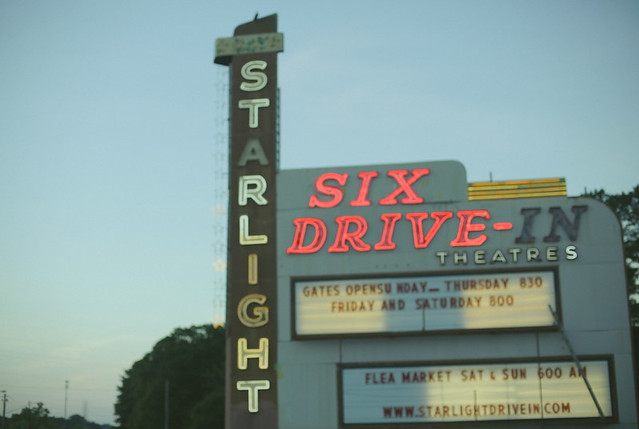 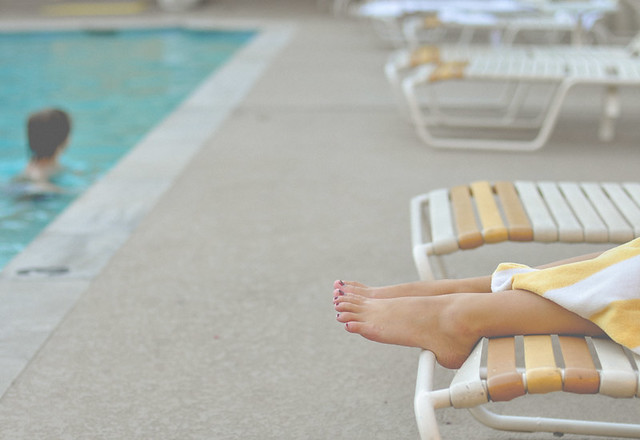 I did not paint the rest of the rooms in the house white this summer like I said I would. I did not read the half dozen books on my summer reading list. I did not pick strawberries or blueberries or even blackberries and make all the things with them like I wanted to. I did not plant flowers or tomatoes, did not throw the big backyard party to celebrate one year back home in atlanta, did not unpack the rest of the many boxes that now permanently live in the garage, did not meticulously archive all the family photographs. I did not, I did not, I did not. there were a lot of things on my summer list. there were a lot of things I did not do.

instead, I watched ezra float on his back in the ocean for the very first time. I laid in the resurrected hammock in the backyard and watched the quiet blink of the season's first lightning bugs. I cut bouquets of black-eyed susans from the side of the highway with a pair of scissors I started to carry in my purse once I noticed those happy roadside clumps of yellow start to pop up. I watched ava ride her bike down the road towards the local library, where she volunteered every tuesday and thursday afternoon. and I beamed with pride.

I covered the living room floor with a mess of quilts and blankets for epic cousin sleepovers and listened to them argue about which movies they were going to watch while I jiggled pan after pan of jiffy pop over a hot stove. I hustled to get us ready for the drive-in, packed more sheets and pillows and treats in the trunk of the car than we knew what to do with, prayed for rainless nights. I hung string lights between the two big trees in the backyard, spray-painted the old metal lawn chairs bright red, roasted marshmallows till they were burnt beyond recognition, slapped (in vain) at a thousand mosquitos and played croquet with the family til dark. I sang along with mighty mo, that magnificent old organ down at the old fox theatre. I gave the kids pennies to throw in the fountains at fellini's and they wished for things. I did too.

I spent entire afternoons and evenings talking with friends-- old friends, new friends, from portland and atlanta, about nothing, about everything. I braved the smoky clermont lounge with said friends and came home with stories of strippers with vacant eyes. I picked up my ukulele again, turned a cartwheel to see if I could still do it (as it turns out, I can) and baked my mom's gooey butter cake exactly twice. I finally met dear mollie and the greene family, let dot and lola cover me with every stuffed animal they own upon our arrival, watched ezra and jude become fast friends and fell in love with aaron's mamiya rz67 the second he put it in my hands and so graciously let me shoot with it.

I swam in the ocean for the first time in years, felt the prickly underside of a sea star with my fingers, felt a thousand jangly shells wash up around my feet. I shelled and shelled and shelled and then I shelled some more. I collected more shells than I knew what to do with, learned all the proper names for them and then realized I will probably be The Old Woman With All Of The Shells. this is okay with me, really. I wondered why we have never owned a rainbow beach umbrella before now or why it took me so long to buy a big floppy straw hat. on impulse, I bought an enormous inflatable pink donut to bring to the pool and it was maybe the best thing I bought all summer. except for the actual real life pink donut that seemed to be an exact replica of the float, which we ate but not before we took a hundred pictures of it. we watched fireworks on the beach, felt them explode all around us and decided this is what it must feel like to live inside a roman candle. I drank frozen lemonade slurpees from 7-11 pretty much everyday and watched the sky turn bright pink pretty much every night and I never wanted it to end, never wanted to leave. does anyone? ever?

I surprised my dad a week before his 69th birthday with a family party, his favorite banana cake and as many candles as we could fit on top of it, celebrated ezra's 11th on the 11th (the golden birthday!) and hit the road for ava's 15th, where we stacked a dozen donuts on a paper plate, fifteen sparkler candles on top and sang to her outside a motel room in nashville, tennessee. I took her to the nashville fleamarket for the first time that weekend, just like my mom did when I was fifteen. and I saw my 15 year-old self in her at least a dozen times that day, saw my mom around every corner, went backwards and forwards in time so much so I nearly forgot where I was. at some point, it hit me. I'd have just three summers left with her before she heads off to college. three summers before she's officially off and running into the world. the realization of this nearly brought me to my knees and I spent the rest of the summer planning all the trips we'd need to take before that inevitable day.

I watched ezra at my dad's basketball camp, watched him do all the drills I remember watching my dad do with hundreds of players at camp after summer camp for so many years. I wanted to cry at the sight of it, but didn't. I took photographs instead. I spent hours sifting through stacks of books and dishes and junk with ava at a handful of thrift shops in the small town where my dad lives. we navigated sweltering, precarious aisles at our beloved olga's house of stuff and came home with more than I'd care to admit. and on the way back home, I drove through the small southern illinois town where I lived when I was little and marveled at the way it all came back to me-- the time I won a banana split from dairy queen for kickball MVP, the public pool where I learned to swim, the slide and swings at the park my dad took us to most every night, the high school where my dad coached basketball, the way queen always seemed to be playing in that big, beautiful old cavernous gym, the old movie theatre that played saturday night fever (which I was not allowed to see) and the library my mom took us to weekly, the library where I first fell in love with books. it all came roaring back in an instant and as we hopped back on the highway and headed towards home and the kids lost themselves in books and video games, I felt an ache so deep it was all I could do to keep from pulling the car over to the side of the road.

I ate peach pies and chili dogs from the varsity with the kids, thick slices of sicilian from fellini's, strawberry popsicles from las paletas, pimento cheese dogs from I dream of weenie, cheeseburgers and lemon ice cream cones from krekel's and late night waffles from the one and only waffle house. tiny cherry tomatoes from the church community garden were devoured and I believe we consumed our actual weight in peaches. we drank strawberry lemonade and blueberry lemonade and raspberry lemonade and lemonade lemonade. I wondered if there is such a thing as too much lemonade. as it turns out, there is not.

I spied ruby red cardinals and bluebirds just outside my window, monarch butterflies and the swoop of an occasional bat, too. I wondered if it's true what they say about butterflies and cardinals, that when one flies near you, it's the spirit of someone you love. I'm not sure I believe this but I held onto it this summer, because I wanted to. I wanted to believe my mom could fly near me, could be as close as just outside my window. I watched the meteor shower with ezra and thought my eyes might pop out of my head when I saw two streak across the sky, one after another. my neck hurt from all the looking up but it was worth it.

and so now I'll need to make a new list, a list for fall. there will probably be a lot of things on it I won't end up doing either. but that's okay, because now I know. the best things, the very best things are never on the list.
at 10:07 PM

Labels: atlanta, big adventures, birthdays are important, HEY IT'S SUMMER, little adventures, mamahood, that ava, that ezra, the atlantic, with the canon 5d, with the nikon