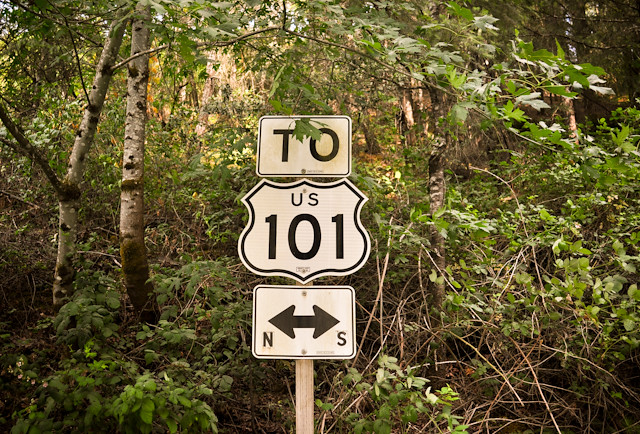 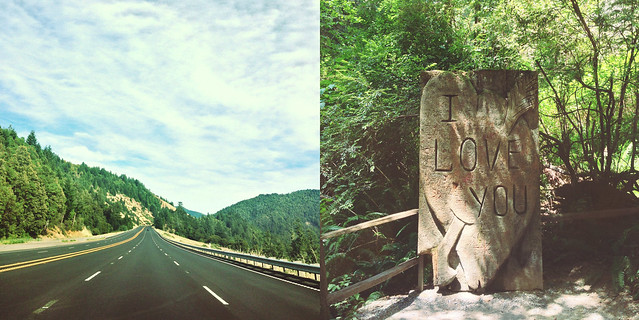 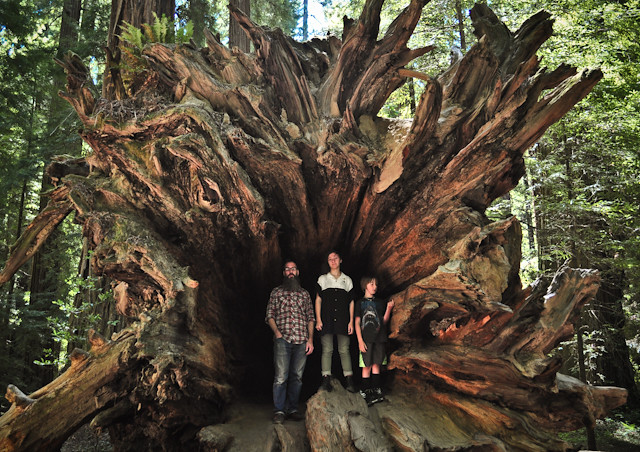 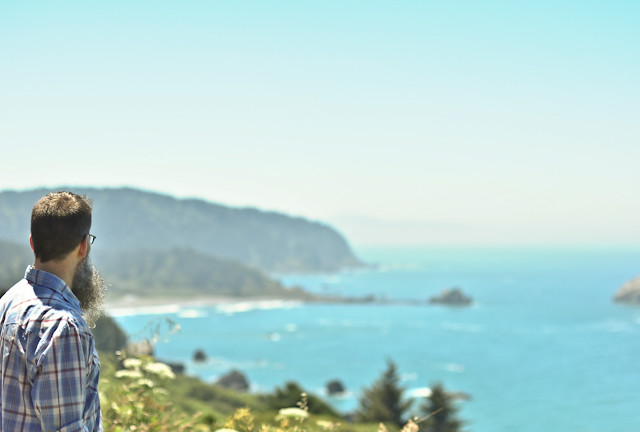 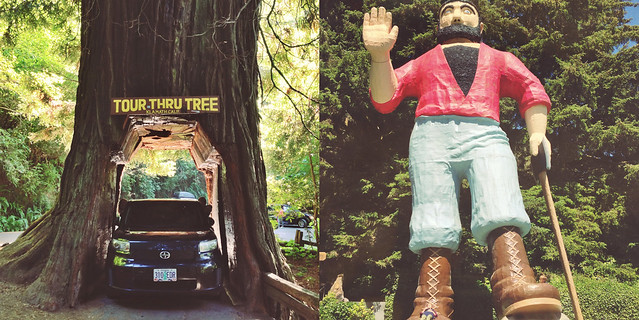 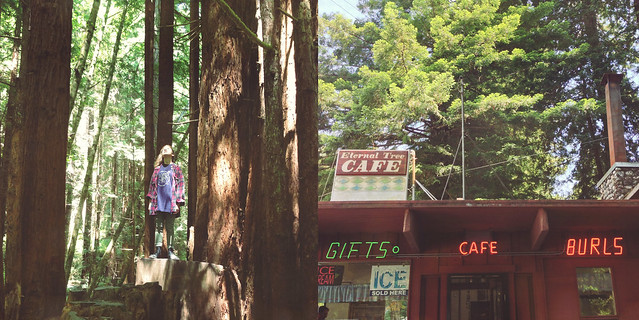 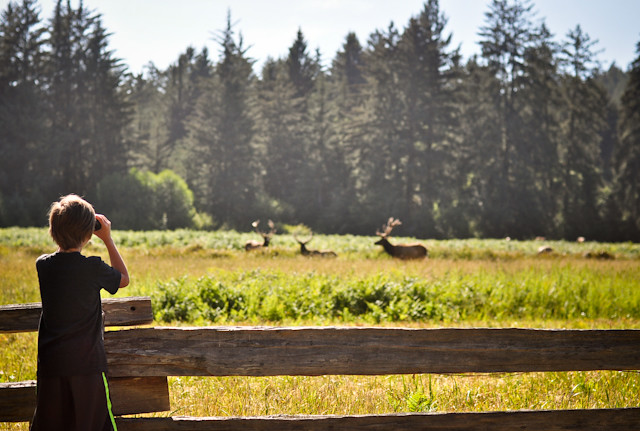 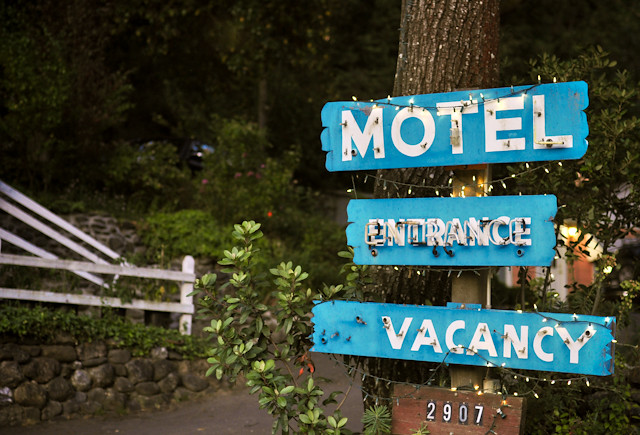 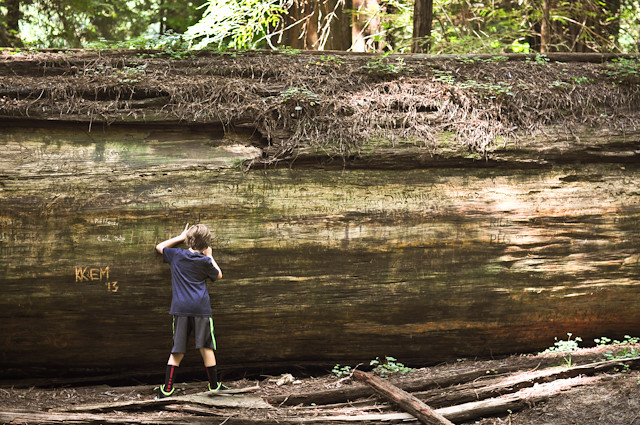 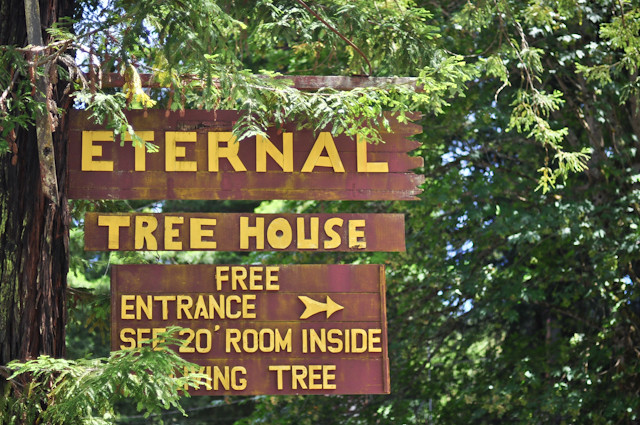 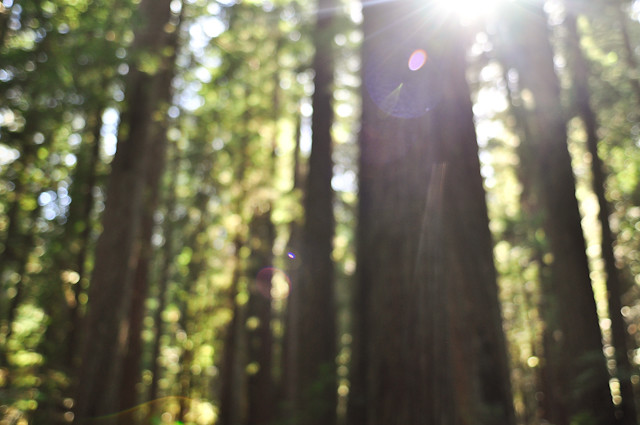 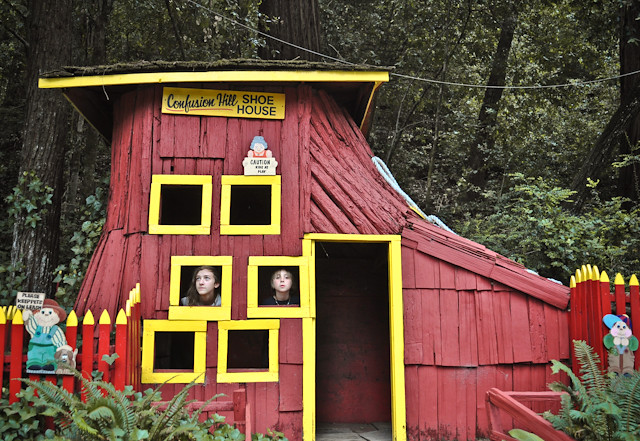 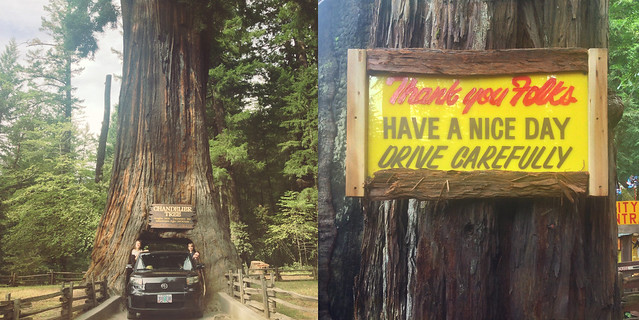 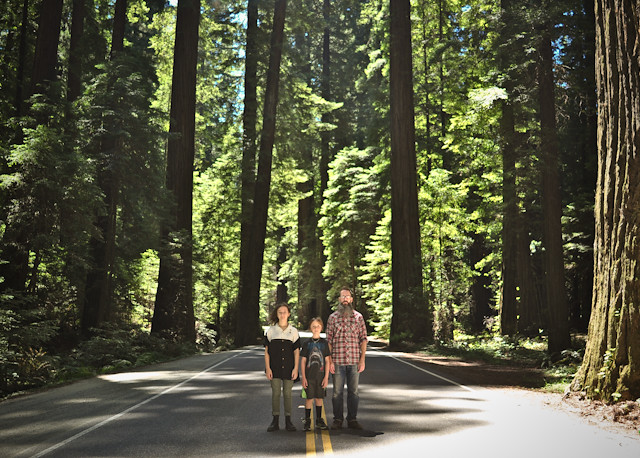 on day two and three (of the big cross country road trip), we hit the 101. highway of all coastal highways, charmer of road trip takers everywhere. there were trees, lots of trees, some of them, fallen. nothing to do but climb up inside and peek out. we wondered, is there anything better than a magnificent, monolithic root system? it was decided, there is not. somewhere outside crescent city, we said our goodbyes to the pacific ocean. breathed in that dense, salty pacific air one last time, promised to return. elk meadows were stumbled onto and the spectacular avenue of the giants traversed, both experiences that only confirmed my sincere belief in the existence of a brilliant, loving God. experiences that left me feeling infinitely humble, endlessly small. and well, wholly alive.

other things: a few large trees were driven through and the boots of paul bunyan climbed up on. he talks to people, you know. there's proof, should you need it. initials were carved into gargantuan tree trunks (thus, souvenir pocket knife collections put to good use). houses made from one log were visited, as were places claiming to defy gravity, as were eternal treehouses, as were many, many gift shops. urges to buy large wooden clocks were miraculously resisted. children were made to pose in abnormally large wooden shoes. a night was spent at the endlessly charming madrona motor court. well, charming til around midnight, when the toilet overflowed and we found ourselves wading through the kind of water you never want to find yourself wading through. lesson learned: pretty much everything about a 1940s roadside motor inn is charming except for the plumbing. still, I loved that little place, loved it to pieces, midnight raw sewage and all. I wouldn't trade our night there for anything.

by the time we drove through our third (and final) tree, we were all off schedule. this will not come as a surprise to those who know us well and would be a running theme throughout the trip. but early on, we decided we didn't care. and as we drove out of the last of the redwoods and down that last stretch of the 101, further away from our beloved portland, oregon, I loosened my grip on the schedule. I felt my resolve soften. about an hour outside of san francisco, the sky turned a fiery, incandescent pink. as it turned out, we were right on time.
at 5:21 PM

Labels: big adventures, cross country magic, I heart road trips, nablopomo, t is for travel, that ava, that ezra, that guy I love, The Big Move, the pacific, with the iphone, with the nikon