still with the funk 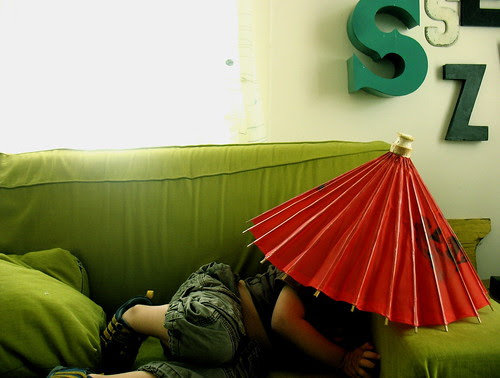 I remain in the place that is sometimes called the funk, sometimes called the bell jar. am thinking it's hormonal. or that I am horribly vitamin deficient. or something. have also officially fallen off the nablopomo wagon. which is sort of okay since I was never really in it from the beginning. as much as I feel like hiding underneath a giant red parasol these days, there are a few things that have been coaxing the happy out of me: 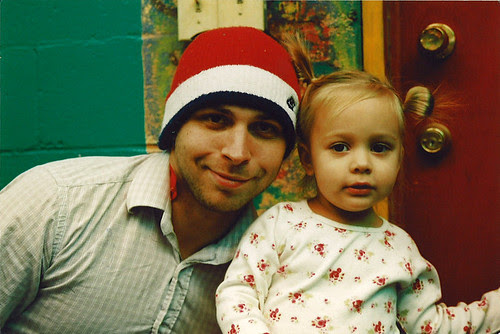 photographs of my brother von with a 2 year-old ava. so sweet I could cry. I found these stashed in a huge box of junk downstairs in the basement and can hardly stop looking at them. we were having lunch at our favorite restaurant, la fonda latina, where the fresh salsa flows like honey and the natural light is always superb. am missing shooting with film. and obviously, I am missing my brothers. also, missing that two year-old version of ava (much as I adore the 7 year-old one).

another reason to come out from underneath the proverbial bell jar:

jack black. mos def. michel gondry. I cannot believe my good fortune, peoples: jack black and mos def co-starring in a film directed by michel gondry. this is so good I cannot even fathom it, so good I could cry. I carry the torch for jack black and am even crazier about mos def but the two together are enough to send me into hysterics of epic proportion. and when I found out that michel gondry had his lovely brilliant directorial paws all over the thing-- well, I had a whole seinfeldian elaine GET OUT sort of moment. but ward was sitting behind the computer and it didn't seem right to ask him to turn around just so I could shove him square in the chest and yell GET OUT. I wanted to, though. lookie at le trailer. when I'm not looking at the photos of nate and von and ava together, I am probably watching that trailer.

one last reason to de-funk:

little jar of maraschino cherries in the refrigerator.

Labels: everyday, film is not dead, mamahood, nablopomo, that ezra, with the nikon