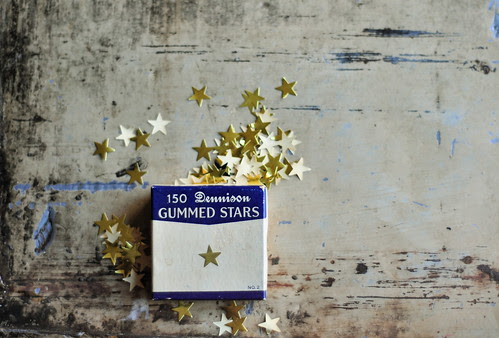 1. parallel parking. I am an excellent parallel parker. and when I say excellent, I mean excellent. I swear, I can practically hear an imaginary audience go wild as I reverse-swerve my honda into each impossible-looking space. I am not going to lie. I have a gift and I know it.

2. kickball. not that I play anymore but back in the day, I was the stuff of which elementary school kickball legends are made. when it was my turn to kick, the entire opposing team spread to the far corners of the field. because I was not a kicker to be messed with. unfortunately, my kickball career peaked near the end of second grade when my team won the summer tournament and I took the title of MVP. the grand prize? a dairy queen banana split, which I lovingly placed in the freezer once I'd licked the whipped cream off the top and scooped out all the hot fudge. and it sat in the freezer for three whole days (an edible testament to my rock star kickball capabilities) until finally, I was forced to throw it out. nothing left but half a frozen banana that looked as if it had been gnawed on by small animals. shortly after, I lost interest in kickball. my dreams of becoming a solid gold dancer had just taken hold and clearly, I'd gone as far as I could with the whole kickball thing.

3. gift wrapping. I have been told that my great grandmother was seriously skilled in this particular area, that her gifts were exquisitely wrapped with fancy flocked papers and complicated bows. I have been told I take after her. I don't know about the exquisite part but I do like to make a package look pretty, I do. I love the smell of scotch tape, the way scissors quietly glide through wide stretches of paper. I love the choosing of patterns and colors and papers and ribbon and string. I love me a handmade tag. and I'll never say no to a pile of presents that need to be wrapped. not ever. I can't help myself.

4. spelling. I was the girl who won all the spelling bees in school. now, I am the go-to girl in the house when a spelling crisis arises. if I close my eyes, I can see the word. and it is almost always perfectly spelled. am secretly convinced that this is my superpower in life and would not say no to a special cape. should a special super speller cape ever be presented to me.

5. birthday parties. when I was seven, I ordered a book from the school book fair called 'popular party games'. I read it from cover to cover (again and again) until I had every game in the book memorized. and then I began to plan imaginary birthday parties with a wild variety of themes. no surprise then, that I can throw down when it comes to birthday parties. I am the mother that throws the curve off for all the other mothers. though I swear, that is not my intention. I do it because I love it, because my kids love it. because I am a sucker for crepe paper and lanterns, for party hats and horns. I think the assembly of the goody bag is a lost art. I go crazy over cakes. I've baked them in all shapes and sizes-- race cars, mermaids, robots, legos. more importantly, I've lived to tell about it. I take great care with details and take great pride in the fact that I spend little money. and more than a few times, I've been asked, would I ever consider doing this professionally? why, yes I would but what would be the fun in that? it's only fun now because the parties I throw are for the people I love most in life. I go all out because I can. but also because I know there will come a time when I will not be allowed to plan and scheme and throw these very special birthday parties. in fact, there may come a time when I will not be allowed within fifty feet of the party. but I try very hard not to think about that. I try very very hard.

Labels: 52 lists, creative process, I am remembering, projects, with the nikon