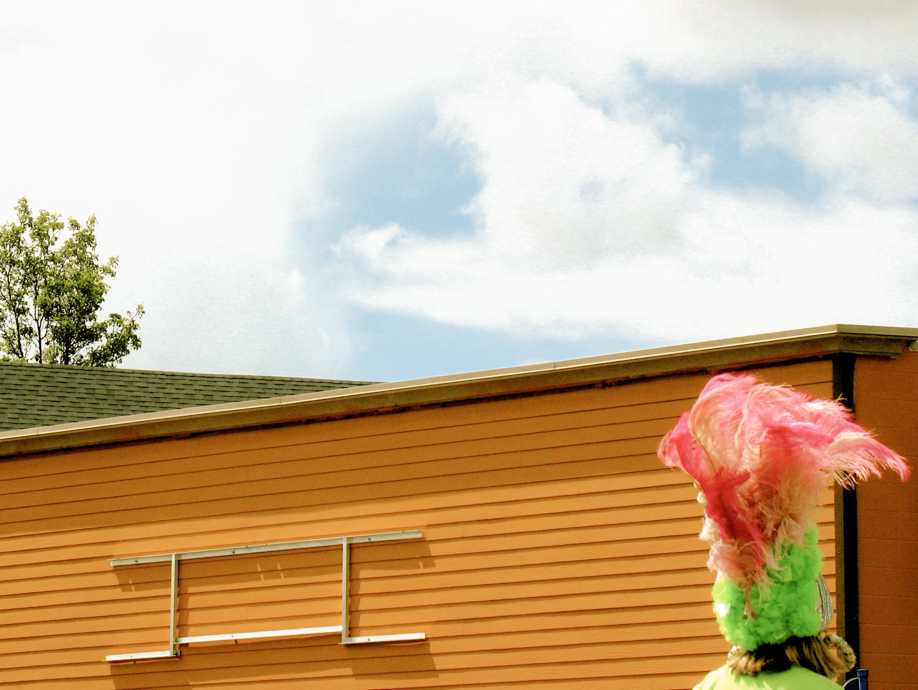 we sat on the curb at the corner of sandy boulevard and sacramento street. ava on one side, ezra on the other, both of them still small enough to curve their bodies into mine. the parades, the portlanders said. oh, you shouldn't miss the parades. you must see the parades. the junior rose parade, the starlight parade, the grand floral parade. they went on and on about the parades and we were brand new to the city so who were we to question? we promptly put parade dates on the calendar, in all caps, used exclamation points, multiple exclamation points. when the time came, we packed juice boxes and goldfish crackers, plastic drug store rain ponchos (just in case) and sidewalk chalk (just in case), walked the seven blocks down the boulevard to claim our small chunk of concrete curb to watch the first of the three famed, highly anticipated portland events-- the junior rose parade.

now, years later, they play back like 16mm film reels. homemade floats and costumes, middle school marching bands with the best of intentions, vendors who walked up and down sandy selling inflatable spiderman dolls for five bucks a pop. and that ordinary chunk of curb at the corner of sandy and sacramento now a personal landmark. a single dot on the map, multiple exclamation points.
at 5:08 PM

Labels: once, portland, with the point-and-shoot