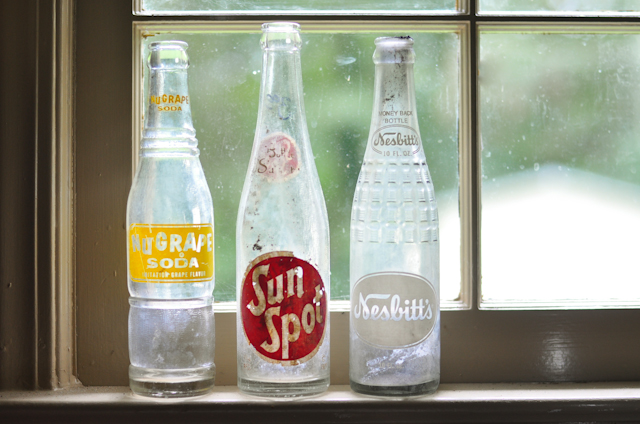 let me interrupt the quiet here with a few things.

over the summer, ava turned fourteen. ava turned fourteen, started high school and the moment she walked through those heavy front doors, my heart dropped all the way down to my knees. ezra is now a decade old, a bonafide top-of-the-food-chain fifth grader. a few boxes got unpacked, a few hundred didn't. lightning bugs flew around, I got pretty excited about it and the first time I heard the roar of the cicadas at dusk here in the south, I wanted to cry. old friends and family stopped by the new house and I watched (with a lump in my throat) while my dad taught ezra how to shoot a basketball. the beginning of a path was forged between our house and the cousins' house, as it is now merely steps away. for the first time in life, we live on the same street as family. and what we have now, between the two houses, is a compound-- a wildly wonderful, mildly chaotic compound, with a trampoline in one backyard and a homemade fire pit in the other and a lot of overgrown trees in between. also, there's a neighborhood swimming pool and we have the toasty brown chlorine-scented skin to prove it. that chlorine is baked in, folks. additionally, the public library on the corner was visited, new library cards secured and several trips made to the sonic drive-in just up the street. we're sonic people now. I'm not afraid to say it.

a few walls were painted white, in a feeble attempt to cover up some of the beige in the new house. there's a lot of beige. did I mention the beige? BECAUSE THERE'S A LOT OF BEIGE. we are going to need more white paint. we are possibly going to need to start a savings account for all the white paint. still, I find I enjoy the challenge. I putter around the house on my off days, wander from room to room, head crazy with ideas. secret pinterest boards have been created, books have been checked out. I enjoy finding new places for our things, I take my time with it. I do my best thinking when I'm messing with the placement of books, plants and pictures, when I'm moving furniture and lamps around. but this is also when I miss my mom the most. with every new home we've moved into, she was there. she was the one (the only one, really) who'd listen to me go on and on about house stuff, the only one who'd help me exhaust every possible paint/rug/pillow/table/lamp/curtain/plant option. endlessly, tirelessly. and she would love the new house. she would scoff at all the beige, the staggering amount of boob light fixtures but she would see straight through all the crap, she would see the possibilities. she would listen to me yammer on about bargain pendant lamps and thrifted mexican blankets, she would understand. and you know what else? she would help me paint.

we found our thrift shop, our donut shop, our bargain theatre. I found my camera shop, my crazy camera guy. we're nowhere near our old, familiar atlanta neighborhood and it's a little like starting over. everything is new is old is new again. we'd barely unpacked our suitcases before we went barreling down ponce to hit up all our favorite old spots. movies at the plaza, slices at fellini's, ice cream cones at zesto. long drives around our fair old city revealed that nothing has changed, not really. but everything is different. trees tower over places in ways we don't remember, there are new parks, new restaurants, new murals and the beloved old boulevard tunnel has been completely transformed. but all the old places are there, all the old feelings, as if we never really left. I'm teaching modern for my old dance company moving in the spirit again, and really, it's like I've just come back from a very long trip. not a beat has been skipped. and then there are the new things-- an opportunity to shoot for the radical non-profit street art organization living walls sort of fell into my lap and I had a bit of work exhibited for weloveatl, a mobile photography truck. it was all very whirlwind and I will always be grateful for the unfolding of it.

over the summer, ezra fell in love with cactus plants and ava fell in love with the german language. ezra declared his room would be decorated to look like the state of new mexico and ava covered her bedroom walls with thrift store landscape paintings and old tree branches. I could never have predicted these things, which is what I love most about parenthood. ava went on her first solo bike ride and ezra went to his first real rock concert. I watched his eyes double in size the minute listener took the stage and I saw him exchange a look with his cousin-- the sort of look you give someone when something big is about to happen and you know it and they know it and you just want some sort of confirmation of said momentous event. afterwards, we let him pick out a t-shirt and he chose the black one with the yellow skull and jagged yellow lightning bolts because, of course. then we took them to waffle house because that's what you do after a show, we told them. you sit and eat waffles at midnight while your ears ring and you talk about the show.

other things that happened over the summer: humidity. humidity happened, it's still happening and truly, it is as oppressive as I remember but you know what? I don't hate it. actually, I find great comfort in it. also, I stopped watching the news. I'm not burying my head in the sand but I can't watch anymore. there's a good chance we've broken ourselves from the habit of cable television altogether, mostly because we're too lazy (and too broke) to have it hooked back up but also because we found we liked the quiet. surely we'll be singing a different tune a few months from now but until then, we are those people I have always loved to hate, the ones who say they don't need television. I'll tell you, I intend to ride this tv-free pony as long as I can.

lastly, we failed to purchase a bed this summer. in a moment of blind optimism, we ditched our old one (it really was pitiful) when we left portland in hopes it would force the mattress gods to smile down on us. 78 days later and we are still sleeping on an air mattress, which may have two or three holes in it, we're not exactly sure. what this means, friends, is that it must be re-inflated three or four times during the night. someday we will laugh about this, I am sure of it, but that someday is not now. until we have saved enough money for a new bed, the best we can do is cuddle up with netflix, a few bowls of fruity pebbles and listen to the hiss of the mattress, the sound of air slowly escaping and acknowledge that these are the good times. really and truly, they are.
at 3:14 PM

Labels: atlanta, everyday, HEY IT'S SUMMER, that ava, that ezra, with the nikon